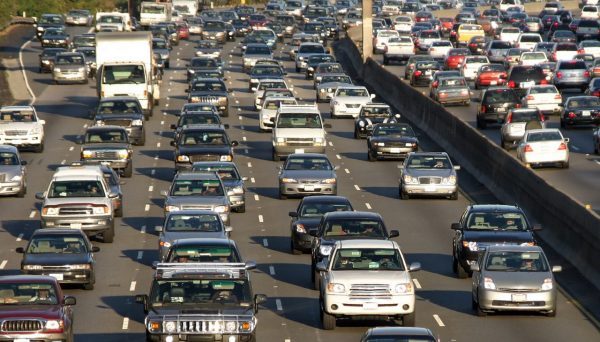 “The state cannot continue to experience [shutdown] events on the scope and scale Californians have experienced this month, nor should Californians be subject to the poor execution that PG&E in particular has exhibited.”—California Public Utilities Commission President Marybel Batjer, announcing an inquiry into how utilities are using power shutdowns to avoid sparking new fires.

“The Getty is an incredibly safe place for the art. It’s sealed, and it’s secure. There are double walls. We’re very confident.—Lisa Lapin, communications director of the Getty Center, to The L.A. Times, as fire neared the museum.

General Motors, Toyota, Fiat Chrysler and several other automakers are siding with President Trump in the president’s effort to end California’s ability to regulate tailpipe emissions.

Remind me: In July, Gov. Gavin Newsom lined up support from Ford, Honda, Volkswagen and BMW in support of the state’s emission standard. Several other states adhere to California’s standard.

On Monday, the Association of Global Automakers, and a group called the Coalition for Sustainable Automotive Regulation announced it is intervening in a suit over California’s emission standard, siding with Trump and against California:

The announcement is a blow to California’s effort to maintain its ability to regulate emissions. But the automakers risk alienating Newsom’s administration and, perhaps, consumers in a state that is hardly Trump country.

Lobbying: In Sacramento, the Association of Global Automakers is represented by Axiom Advisors, a firm founded by lobbyist Jason Kinney, one of Newsom’s closest political advisers.

The Chron’s J.D. Morris: “PG&E says it’s trying to get its act together. But after the San Francisco energy company’s disastrous record in recent years, many Californians are ready for bigger changes.”

On Monday, Gov. Gavin Newsom reiterated that he is hoping another private company will take control of PG&E:

As firefighters continue to battle the weekend fires and California’s fire weather persists, CalMatters is reprising a few of its pieces that help explain where we are and how we got here.

Desalination is a complicated ‘fix’

Californians wishing for a quick fix to this state’s persistent water shortage often say desalination is the solution. Like all quick fixes, it isn’t.

Monterey County activists and some government officials are opposing a proposed desalination plant that could double the cost of water for some residents and endanger an aquifer that serves low-income people, Kate Cimini of The Californian in Salinas reports.

California American Water (CalAm), an investor-owned utility, says the plant is needed to fulfill the Monterey Peninsula’s water needs, and that the effects on other communities will be minimal, if any.

Affluent people might shrug at that increase. But 17.9% of Monterey County residents and 21.7% of children live at or below the poverty line, the Public Policy Institute of California reports.

Several candidates are contemplating a run to replace Congresswoman Katie Hill, the freshman Democrat from Antelope Valley. Hill announced Sunday that she is quitting Congress after intimate photos of her were posted online and an ethics investigation was launched into whether she had a sexual relationship with a member of her staff.

Papadopoulos, currently on a book tour, is the former campaign adviser to President Donald Trump who received a prison sentence of 14 days for lying to the FBI about his contacts with Russian intermediaries during the 2016 presidential campaign. Trump tweeted favorably about the book.

Republicans stand a decent chance of retaking the seat being given up by Congresswoman Katie Hill. But Democrats are trying to game out the special election in a way that would help them hold the seat.

The Democrats’ goal: To have the general election fall on March 3. That’s a statewide primary, in which Democrats are expected to flock to the polls to vote for Democratic presidential candidates and, presumably, would vote for a Democrat to fill Hill’s seat.

Under one reading of the law:

Not to make your head explode, but it’s possible that the winner of a March 3 special general election would lose the March 3 primary and serve in Congress for only a few months, and be replaced by whoever wins in November.

Emily Estus, UC Berkeley’s Goldman School of Public Policy and School of Public Health: To really improve services and get students the help they need, we need to break the cycle of perpetually underfunding student health and counseling by changing how we think about providing and funding care.