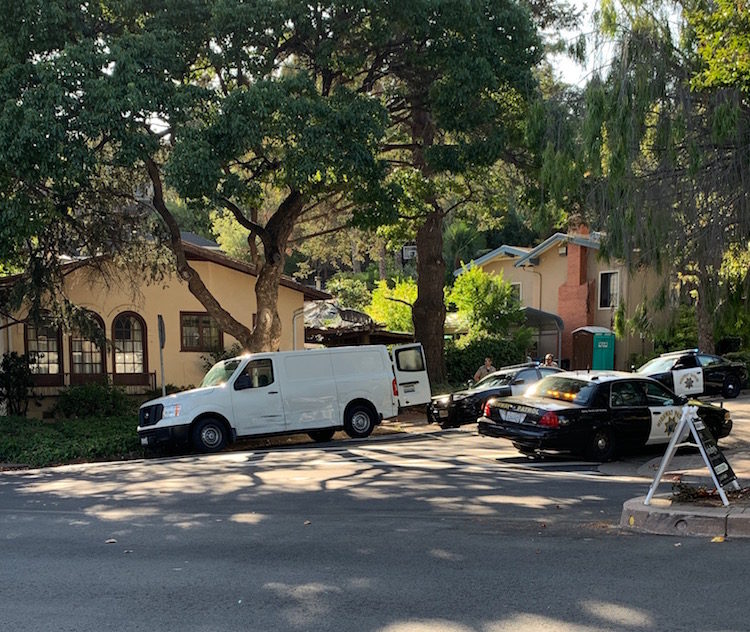 The intersection of Grand and Greenbank Avenues was the site of heightened police activity around 4 p.m. on Saturday, Sept. 28. when the California Highway Patrol (CHP) recovered a stolen white van and apprehended its driver after pursuing them from Contra Costa County, according to Piedmont Police Capt. Chris Monahan.

As the fleeing vehicle passed into Alameda County and toward Piedmont, CHP advised the Piedmont Police Department’s dispatchers at the Communications Center of the pursuit. CHP reported that the stolen vehicle was on Moraga Avenue traveling westbound towards Grand Avenue.

Monahan said that PPD officers responded to 147 Greenbank Avenue, where the stolen vehicle had stopped. CHP advised the vehicle was unoccupied and that the driver had fled the scene on foot. A CHP helicopter located the subject at Grand Avenue and Linda Avenue. CHP, PPD and Oakland Police Department officers responded to the scene and found the subject, who was taken into custody. The stolen vehicle was towed by CHP.