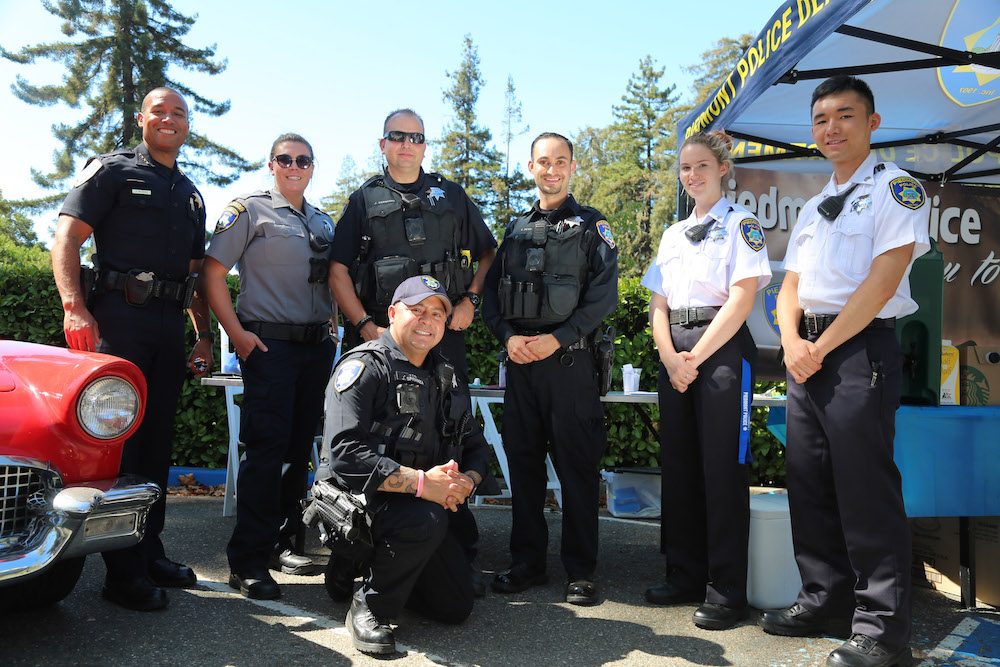 Car enthusiasts of all ages stopped by to check out more than 40 vintage, exotic, and rare cars at the second annual Coffee, Cops and Cars event sponsored by the Piedmont Police Department on Saturday, Sep. 21. While the cars were the main event, the police department used the event as an opportunity to educate the public about crime and safety issues such as identity theft and the Construction Site Burglary Prevention Program.

The event is the brainchild of recently retired Sergeant Steve DeWarns. Before he left PPD, he purchased a 1911 Porsche. According to Ofc. Tyler Petit, it was DeWarns’ way of leaving yet another legacy (he was the founder of Internet Child Safety) behind in the Piedmont community. Petit said gave credit to Dispatcher Erica Iniguez and Sergeant Nicole Bolden for helping out with the event. Piedmont day shift officers, reserve officers, detectives and Police Chief Jeremy Bowers also attended.

While three-fourths of the cars were Piedmonter-owned, a quarter of the cars arrived from beyond Piedmont from places like San Francisco, Lafayette and even as far out as Manteca.

The public selected three winners. They are:

According to Petit, the winners will have photos of their cars in next year’s event flyer. “Hopefully next year we’ll get donations of some kind where we can create memorabilia and trophies [for the winners],” Petit said.

Petit had his own favorite picks of the bunch as well: the 2019 Ford GT (“A very rare car,” he commented) and the 2017 Lamborghini Aventador. One young attendee was disappointed that the PPD wasn’t showcasing their own police vehicles, an idea Petit is considering for next year.

Petit foresees even more overflow next year, so he said that depending on the permitting process, he hopes to rent more blocks down on Highland Avenue.

“Next year, I hope to make it to between 50 to 60 cars,” Petit said. “I really encourage people to reach out to their friends and family members. Because this is not [just] a Piedmont event — this is a [broader] community event to get everybody together. The reason I became a police officer was to build a better bond between the police department and the community,” said Petit.