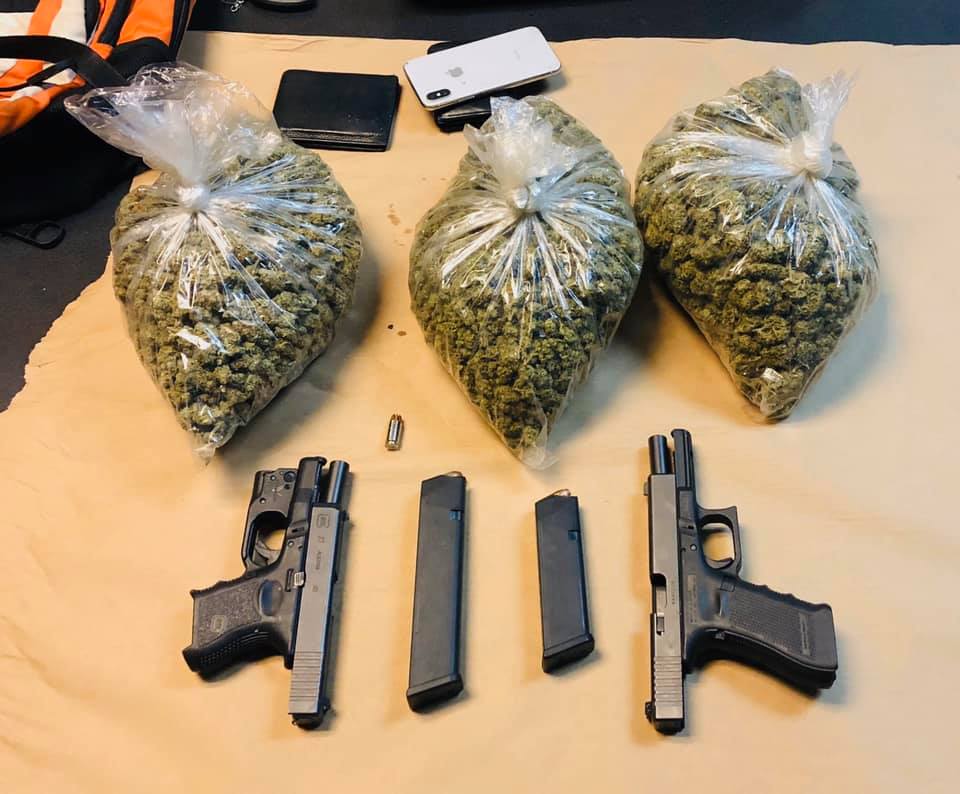 On Thursday, Sept. 26 at 9:45 p.m., the Piedmont Police Department conducted a traffic stop on Grand Avenue of a vehicle that was observed weaving back and forth between the bike lane and vehicle lane. As PPD approached the vehicle, officers smelled marijuana coming from the vehicle.

According to Piedmont Police Capt. Chris Monahan, a further investigation found that the passenger, Daniel Avalos, of Oakland, had a $10,000 bench warrant out of Alameda County for a DUI. PPD searched a backpack near Avalos and found a loaded handgun and 48.75 ounces of marijuana.

Avalos was additionally charged with carrying a loaded firearm, carrying an unregistered firearm and possession of marijuana with intent to sell.

Both suspects were transported and booked into Berkeley City Jail.