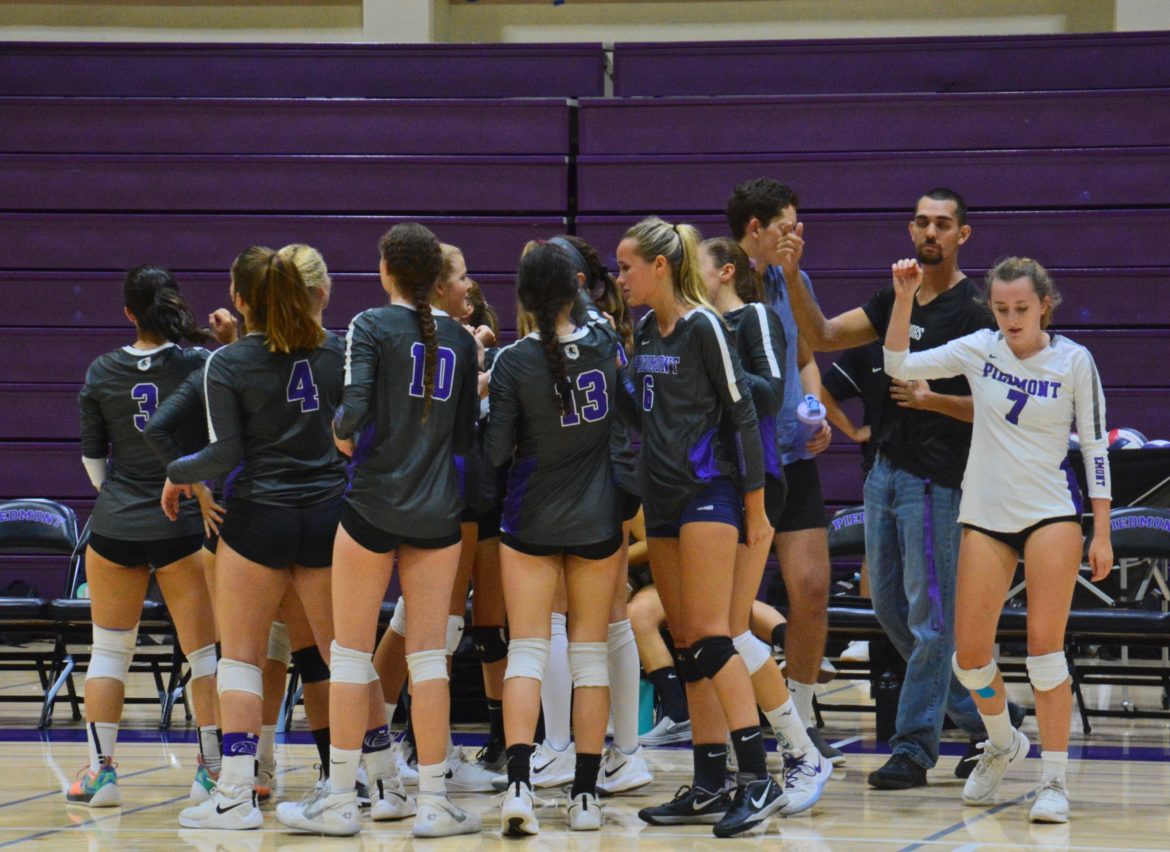 Volleyball ready to take on Berkeley

For Piedmont, it was a case of “What might have been.” The Highlanders played a strong early match, going up two sets to one, but Berkeley finished stronger.

“Honestly, we have a hard time finishing out games and I think that just comes from practice,” Piedmont’s Daniela Skov said. “A lot of the starting players, we just got really winded. You do really well and win two sets but then you’ve got to realize that the third game is not going to come that easy and you’ve just got to find a way to get it done. That’s one of the things we’re working on as a team is finishing out matches. That’s one of the toughest parts of the game but we’re working on it and every game we’re getting better.”

True said that he expects his team to be battling with Berkeley for second place in the West Alameda County League behind San Leandro. The tightness of the match indicates that the Highlanders and Yellowjackets are close. However, the way Berkeley hit in the final two sets seems to indicate that the Yellowjackets have a bit more in their power game.

“I know (Berkeley coach James Manuel), I’ve coached with James before, he knows how to pick apart a defense. He started finding the holes in our defense towards the end and he pulled out all the stops. His outsides started hitting line, they hadn’t hit line all game, they started tipping more going into the donut.”

Manuel was effusive with his praise of the Highlanders.

“They’re a phenomenal team,” he said. “They were hustling, they kept our girls on our toes, they were also blocking well. They put a great team together over there.”

Berkeley has been sailing through the early season, building a 17-2 overall record with both losses coming at tournaments. The Yellowjackets are now 2-0 in WACL play. Piedmont is 3-2 in the WACL.

Skov had a great night, recording 17 kills with five blocks and three aces.

Piedmont next plays at Alameda on October 2.