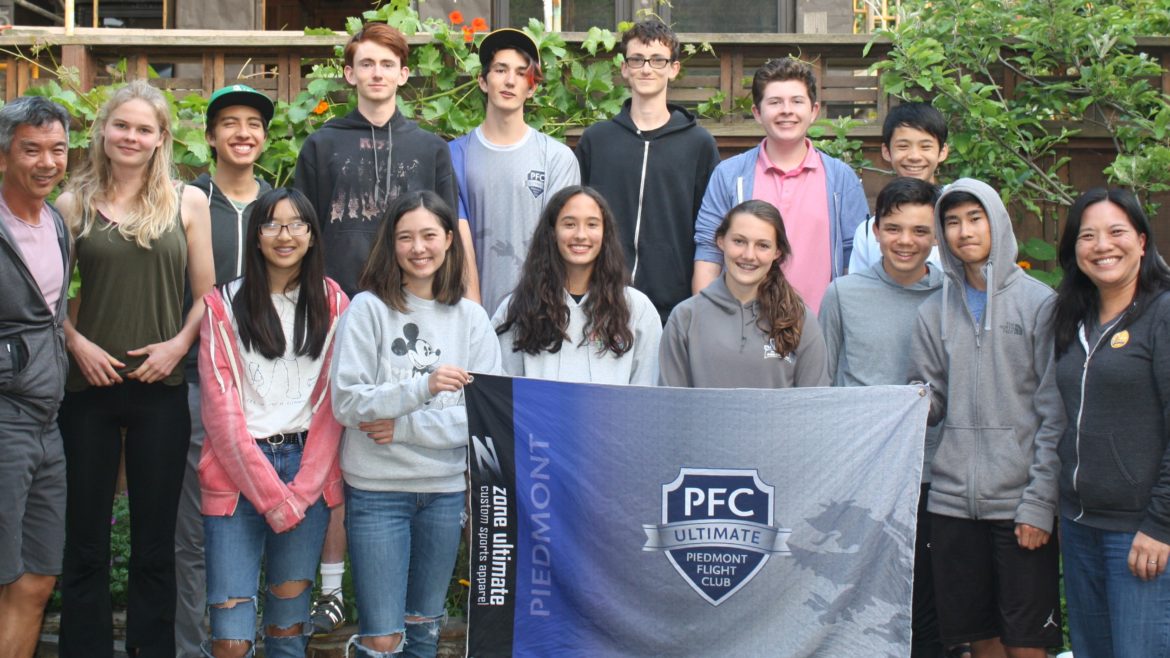 PHS is joining Oakland Tech for the fall 2019 club ultimate frisbee season. The club will consist of about 40 players, according to coach Kevin Lee, with 12-15 from Piedmont and the rest from Oakland Tech. Practices have started, but coach Lee welcomes players of all levels to contact him at klee@statrevenue.com or 510-914-5865 if they’re interested. The cost for the fall season is $300.

The club will be split into three co-ed teams, and they’ll practice two to three times per week at Oakland Tech. Sunday matches at Bentley High School will start October 13 . There will be a season-ending tournament at El Cerrito High School on December 8. The club will also play tournaments in Napa and at Ocean Beach in San Francisco in October.

Coach Lee started a Piedmont Middle School team four years ago, and several of the players from that group have now entered high school. “We have a young team”, Lee said, “and we’re looking to develop skills and grow as a team with our friends from Oakland Tech.”