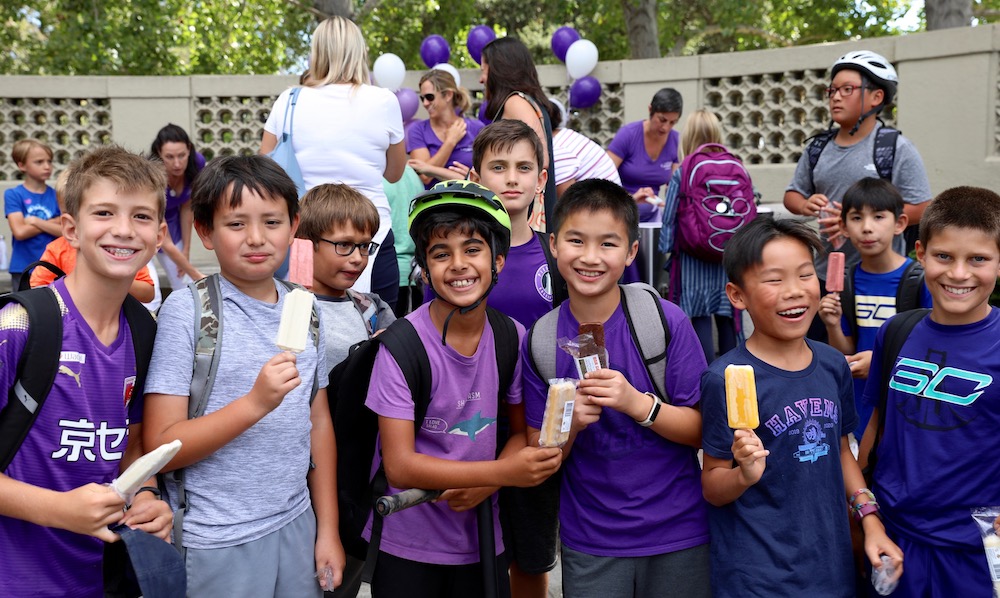 The Giving Campaign has experienced the most successful launch ever in its history – 180 members of the Piedmont school community gave in the first week.

The broad array of donors represent all ages and stages here in Piedmont, from new families to empty nesters.  PUSD’s 5th grade class has the highest percentage of school families donating to date – 18% of 5th grade families have given thus far.

The fundraising role that Kappes and her fellow chairs Nicki Gilbert and Emily Harrold have taken on isn’t an easy one. Kappes says, “I joined the Giving Campaign Leadership Team because, while it’s certainly not easy to ask for money, it’s an easier conversation than the one we’ll need to have if we don’t meet our district’s budgetary needs.”

“The difficult truth is that state funds and the parcel tax aren’t enough to meet our district’s budget if we are to maintain the excellence of our schools here in Piedmont. So, we have two choices: raise the money to fill the gap, or cut the services and resources that our students receive.”

Amelie Kappes, one of the three Giving Campaign co-chairs

The quality of the schools in the PUSD has led the district to rank 1st among Northern California public schools, and second state-wide. Kappes goes on to say, “The quality of our schools is critical for our kids, our property values, and our community – participation is critical, and every donation matters. I hope that every family can join our community to help maintain (and hopefully increase) the quality of the education our children receive here in Piedmont so that the hard conversations are about what to offer our children, rather than what to remove from their education.”