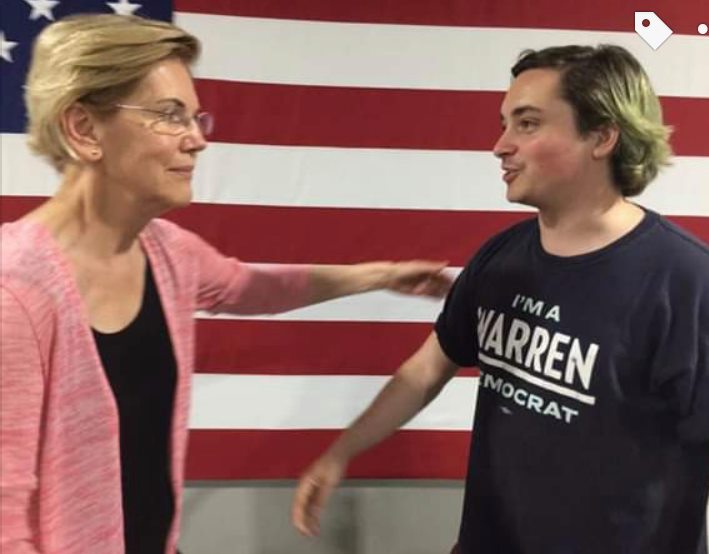 Piedmont High School graduate Zachary Crombie Presberg, a campaign volunteer for the Elizabeth Warren campaign in Iowa, was killed in a traffic accident there on Monday. He is survived by his parents Burt Presberg and Kathleen Crombie, his brother Josef Presberg, and extended family.

The Warren campaign issued the following statement on Wednesday, September 25:

The Warren campaign is deeply saddened by the passing of campaign fellow and volunteer Zachary Crombie Presberg.

Zachary Crombie Presberg, known as Zac Presberg, 22, joined the Elizabeth Warren campaign in Iowa this summer as an organizing fellow, and chose to continue his service as a volunteer after his fellowship concluded. He died Monday evening in a traffic accident in rural Pottawattamie County.

He organized in Cass County — meeting voters, building relationships and performing the essential work of strengthening our democracy at its grassroots.

“Bruce and I are heartbroken over Zac’s passing and offer our deepest condolences to his parents, family and friends,” Elizabeth Warren said. “Through his dedication and volunteerism, Zac represented the very best of us.”

Zac was a Piedmont, Calif., native who joined the Warren campaign after graduating from Lawrence University. He was kind, smart, funny and committed to making the world a better place. During his time with the campaign, Zac made a tremendous impact in communities across Western Iowa and on his teammates.

“Zac was a treasured member of our team, and we are devastated by his passing,” Iowa for Warren State Director Janice Rottenberg said. “Campaigns grow together like families, and we’ve lost a valued member of ours. We love him and will miss his generous spirit.”