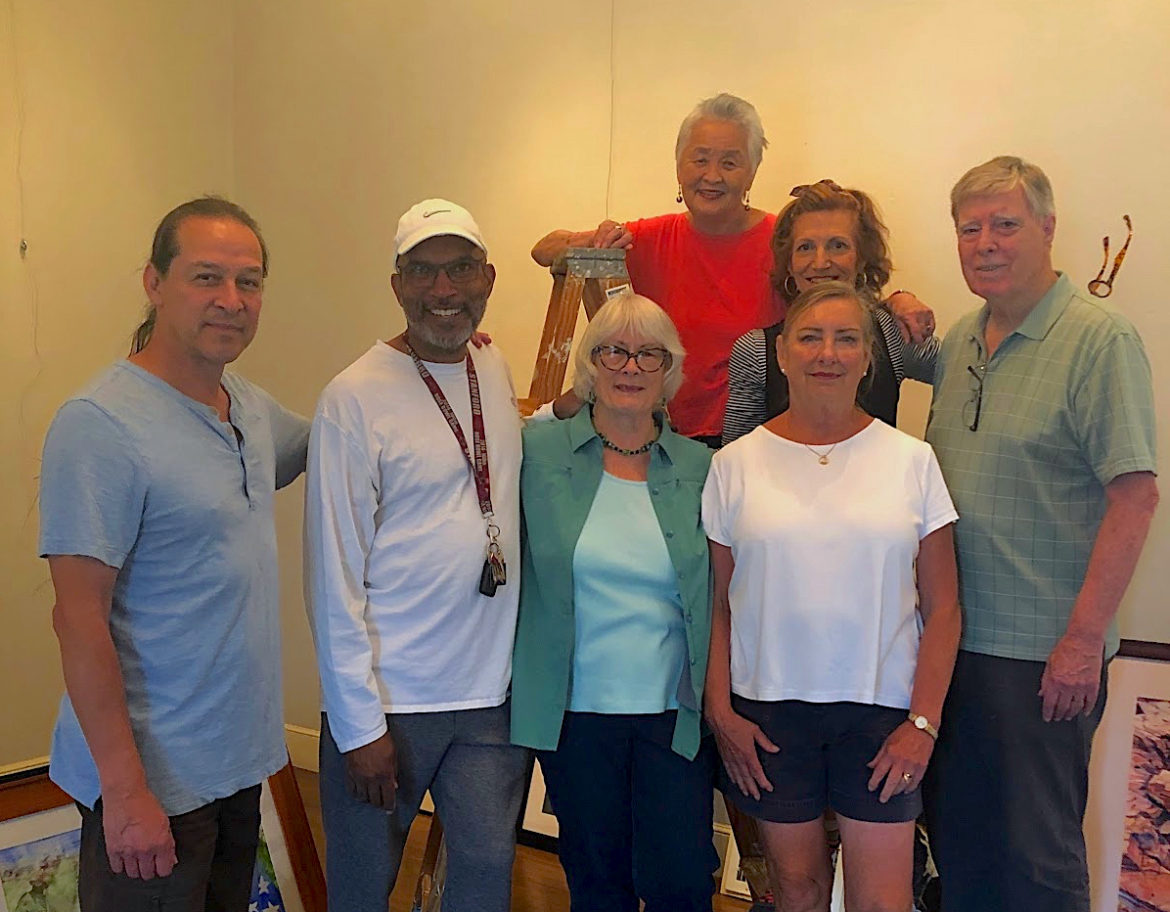 On a foggy, gray morning I caught up with the seven artists who are exhibiting their work in the “Sharing Image” show that opened on Friday at the Piedmont Center for the Arts.  During the hustle and bustle of installing their show, the artists paused for a few minutes to describe what makes their group so special and how that has affected the work they are presenting in their first show together.

In vivid contrast to the cloudy conditions of the weather on installation day, the paintings being brought in to the gallery were bursting with lively color.  The “Sharing Image” show will include watercolors, acrylics, and oil paintings by a group of independent artists who have been supporting each other for over a decade through a monthly critique group.  Surprisingly, this is the first time these artists have arranged a group show with each other; although separately many of them have exhibited extensively, and have received awards and recognition.

In a friendly fashion typical of groups that have worked well together over a long period of time, the artists excitedly described how they have gained knowledge, tips, and insight from each other over the years through discussions about the art they bring to show to the group each month.  At meetings, each artist receives feedback from the group for a specified length of time, with discussion guided by a leader; for many years this was Dorcus Moulton, a well known teacher at Merritt College, where the original members of the group first met. The group’s current teacher and mentor, Pablo Villicana, an accomplished watercolor painter, also teaches at Merritt College.  Villicana described his pride in the group’s ability to push forward and constantly seek to improve skills without fear. “This is a diverse group of artists who push the limits of color, and show everyday life as well as the extraordinary.”

Laurie Rothman, one of the artists in the group who has taken on an organizing role for the Sharing Image exhibit, said that part of the group’s strength is the variety in the cultural background of the members, as well as the range of mediums used by the artists.  Robert Davidson, a signature member of the California Watercolor Association expressed the satisfaction he feels when seeing the art that has been discussed in critique group being brought in for the show looking polished and professional. Sue Matthews, a teacher at College of San Mateo,  added that each of the artists are active in well respected Bay Area art centers such as the Frank Bette Center for the Arts in Alameda, the El Cerrito Art Association, and the Adobe Art Center in Castro Valley.

Visitors to the show will be impressed by the overall high quality of the work being shown. The seven accomplished artists hail from around the Bay Area and this is truly a wonderful opportunity to see their work in one place.