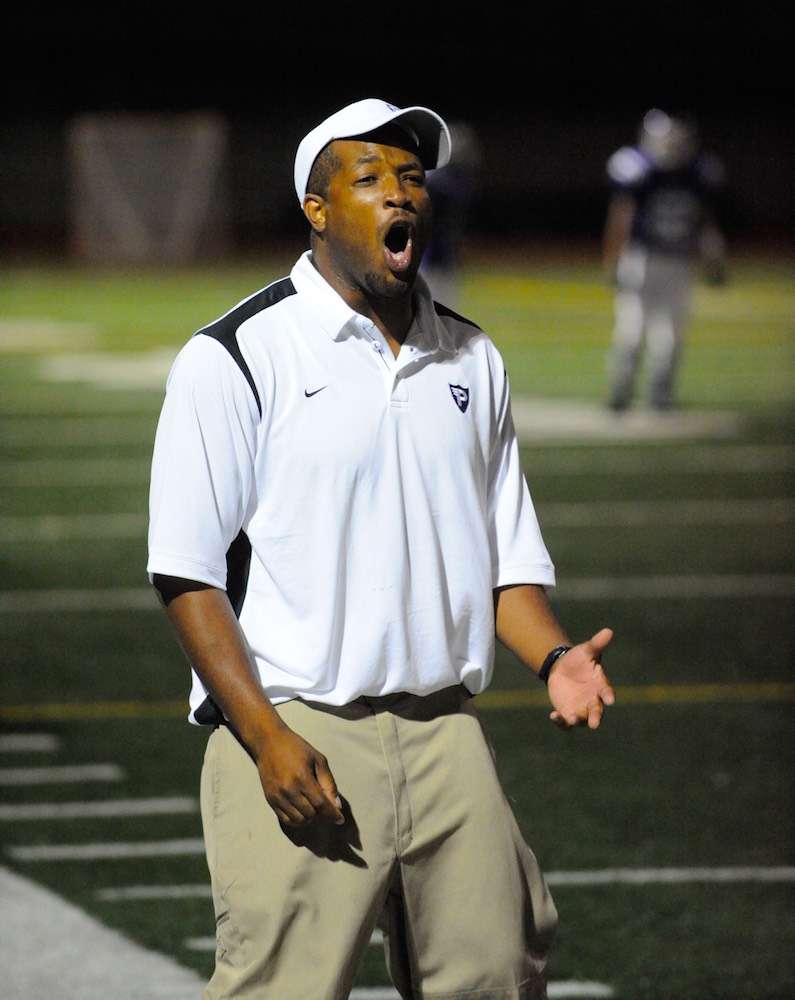 Former PHS football coach Warren Joseph Middleton III died suddenly at age 38 on September 10. He leaves behind two daughters, ages 16 and 3, and extended family members. Middleton was a coach in Piedmont from 2007 – 2010.

“Coach Warren was happy, tough, funny, blunt and smart, but more than that, he loved coaching, teaching and mentoring the young men within the Piedmont Football program.

He worked long-hours at his real job before coming to coach football and help the kids at Piedmont. And, even though he and I would often chat and laugh about life’s unique challenges before, during and after practice, Coach Warren never gave less than 100% for the kids. Because of that, the kids and coaches loved him for it. Every so often, he would bring his little daughter to practice and it was great to watch her having fun and observing her “daddy” coach the players.

During the heat of the moment at our football games, on the sidelines Coach Warren was poised but jubilant and fearless, and he always gave me his honest opinion regarding strategies and tactics. Interestingly, quite often his thoughts and ideas were proven to be correct.

It is our sincere hope that the Middleton family can find some deserved comfort in the outstanding loving memories of the excellent man we knew as Coach Warren. My family and I will never forget him and forever appreciate what he brought to the coaches and players at Piedmont.”

Middleton’s cousin Alicia Middleton has set up a GoFundMe campaign to help the family cover the cost of funeral services. Donations may be made here.