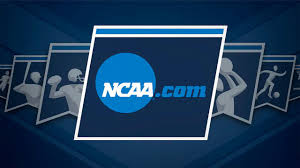 The California Legislature has passed a bill co-authored by state Sen. Nancy Skinner, D-Berkeley, that would allow college athletes to profit from their names and images. Skinner said SB 206, called the “Fair Pay to Play Act,” would give California student-athletes the right to their name, image, and likeness, allowing them to earn money from sponsorships, endorsements and other activities related to their work and talent, starting in 2023. The bill passed the state Assembly by a vote of 73-0 and the state Senate by a vote of 39-0. It now goes to Gov. Gavin Newsom for consideration.

“California is loud and clear: Our student athletes will no longer be denied the right to their name, image, and likeness, Skinner said in a statement. “SB 206 brings an end to the exploitation of student athletes by the multibillion-dollar college sports industry, which generates wealth for all involved except the students,” Skinner said. She said the bill doesn’t force colleges to pay but instead “simply opens the door for athletes to earn money just like any other student, whether it’s monetizing YouTube videos, teaching swim lessons, or accepting sponsorships.”

The bill was co-authored by state Sen. Steven Bradford, D-Gardena, who was an athlete and coach and has been a longtime supporter of student athletes, and state Sen. Scott Wilk, R-Santa Clarita. Skinner said the bill prohibits California colleges from enforcing NCAA rules that prevent student-athletes from earning compensation and ensures that receiving income wouldn’t affect a student’s scholarship eligibility. In addition, the bill would prohibit the NCAA from banning California universities from intercollegiate sports if their athletes sign sponsorship deals and allow college athletes to hire sports agents.

The NCAA warned Gov. Newsom in a letter on Wednesday that SB 206 would be “unconstitutional” and “harmful.” The NCAA said, “If the bill becomes law and California’s 58 NCAA schools are compelled to allow an unrestricted name, image and likeness scheme, it would erase the critical distinction between college and professional athletics and, because it gives those schools an unfair recruiting advantage, would result in them eventually being unable to compete in NCAA competitions.”

The NCAA told Newsom that it “has consistently stood by its belief that student-athletes are students first and they should not be employees of the university. With more than 1,100 schools and nearly 500,000 student-athletes across the nation, the rules and policies of college sports must be established through the association’s collaborative governance system,” NCAA officials said. “A national model of collegiate sport requires mutually agreed-upon rules.”