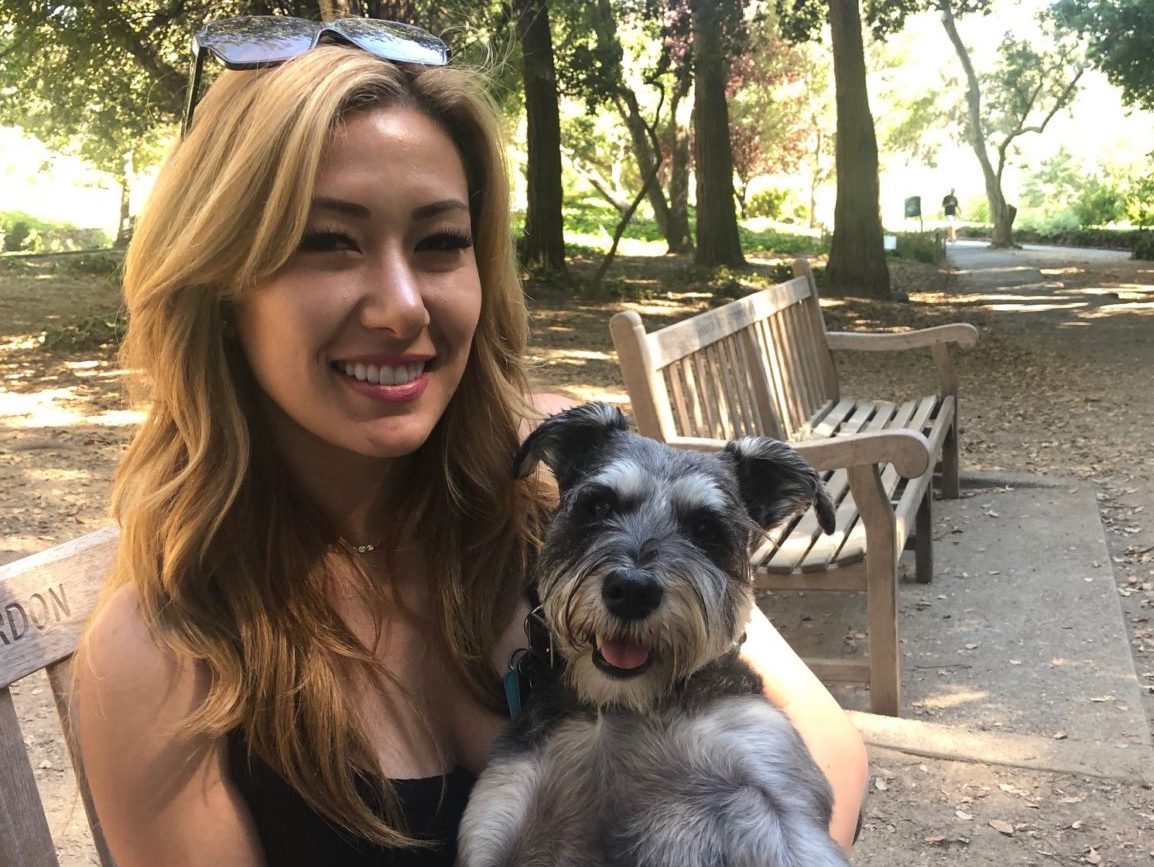 Adoption story: In college I was thinking about getting a French bulldog or a bulldog until I met a person with a schnauzer. They’re smart and they don’t shed. I found miniature schnauzer puppies advertised for adoption in the Penny Saver. I went to a family’s house and when they opened the door they had a laundry basket full of mini schnauzer puppies. He had such a round belly. He’s straight out of Compton.

Likes: Napo likes to howl a happy hello to people when we are walking, and he sings to fire truck/ambulance sirens. When dogs play together he is the referee and makes sure no one is playing too rough or fighting. He also likes chasing squirrels, being called “Handsome,” and going into the water, especially at the beach.

Dislikes: Flies! He’s terrified of them and will hide in the bathroom.

Interesting facts: “Napo” sounds just like the word for “naughty” in Korean language.

Anything else we should know: Napo’s eyelashes grow super long! His lashes are currently 3 inches.