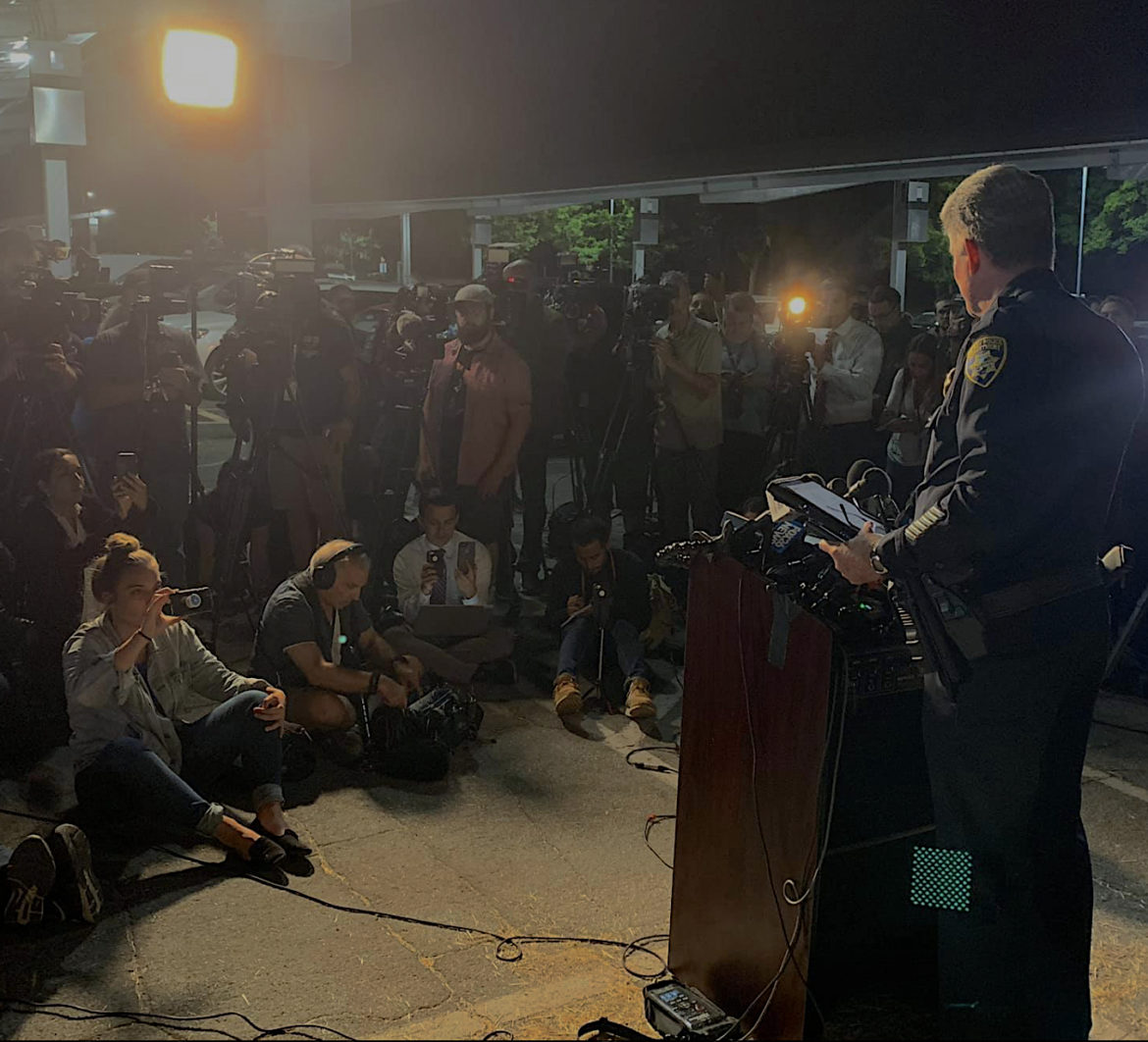 Police had said at news conferences throughout the week that Legan was shot and killed by three police officers, identified Thursday as Eric Cryar, a 23-year veteran, Hugo Del Moral, a 17-year veteran, and Robert Basuino, a 13-year veteran. After receiving the medical examiner’s update Friday, Chief Scot Smithee said the information is not contradictory to the police narrative, and the officers may not have realized Legan shot himself in the chaotic scene.

The officers have been placed on paid administrative leave to support their well-being after the extremely emotional incident, Smithee said Thursday. He called the officers humble and heroic and said they do not want to be in the spotlight.

According to the medical examiner’s office, Legan finally died by suicide with an intraoral gunshot wound to the head. The office will release a full report detailing Legan’s injuries at a later date. “In my mind it changes nothing, the officers still got there fast… and they eliminated the threat,” Smithee said. “Whether he fired that final shot or not, in my mind changes nothing.” Smithee said Legan very clearly shifted his gunshots from the festival-goers to officers as soon as they encountered him, about a minute after the shooting was reported around 5:40 p.m. Officers then fired a number of rounds at Legan, shooting him to the ground, then to his knees. He may have shot himself with an AK-47-style rifle at either point after he was hit, Smithee said. Legan used the same weapon to kill three people and wound 13 others.

“I think I was a little surprised, although this is not uncommon in these types of situations,” Smithee said at a news conference after learning Legan’s cause of death. “I think we’ve seen that in a number of (mass shootings) across the country as well.” There is no evidence that bystanders were struck by police gunfire during the shootout, and the FBI are still sweeping the acres-large crime scene to collect evidence.