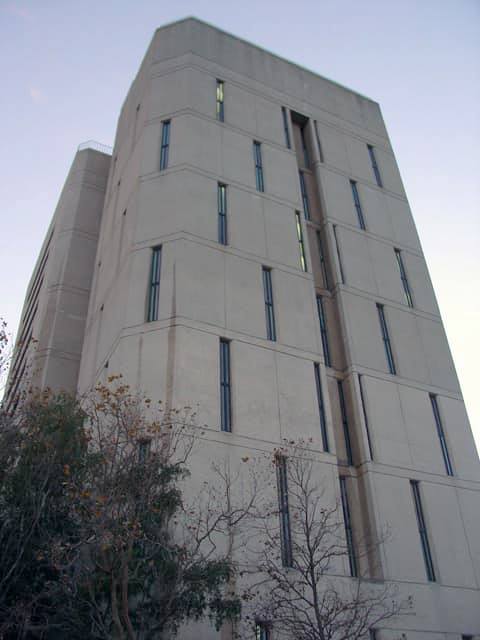 Alameda County supervisors made an offer Tuesday to lease the Glenn Dyer Jail to the city of Oakland, county officials said Wednesday. The idea to lease the jail to the city of Oakland was brought up on July 22 when the supervisors hosted the mayors of the 14 cities in the county to address the homeless crisis, according to county officials. The jail is located at 550 Sixth St. in downtown Oakland and was expected to close in June over budgetary concerns. Sheriff’s spokesman Sgt. Ray Kelly said the jail in Dublin has enough room for all Alameda County inmates.

Alameda County Supervisor Keith Carson expressed some concerns about using the jail for a homeless program. For one, “it would be very costly to change the basic structure of the jail.” It’s also very close to Oakland police headquarters, he said. Mainly, Carson was concerned about helping the homeless “in a way that’s humane,” he said.

At the meeting, the latest number of homeless persons in Oakland was presented. The number of homeless in Oakland jumped 47 percent between 2017 and 2019 to 4,071. Countywide, the number of homeless rose to 8,022 in 2019 from 5,629 in 2017, a 43 percent increase. Oakland Mayor Libby Schaaf said on the day of summit with county leaders that the increase in Oakland is no surprise to anyone working on the problem. Schaaf also said that on any given night Alameda County is short 6,000 shelter beds.

Schaaf tweeted on July 27, “If renovating an unused jail into a place of hope w safety and services for our unsheltered is viable, the county should explore it.” Health, mental health and social services for the homeless would be provided at the jail by the county. The county is currently providing $937 million over three years to help the homeless, according to county officials.

Schaaf and Board of Supervisors president Richard Valle said the homelessness problem is an “all-hands-on-deck” situation. County officials said if the city wants to lease the jail, negotiations could begin immediately. The officials said that within the jail is some equipment used by the adjacent courthouse. Services provided by the equipment would be maintained during and after the jail is repurposed. County officials didn’t specify what the equipment is being used for. Schaaf’s office declined to issue a statement late Wednesday on the lease offer.