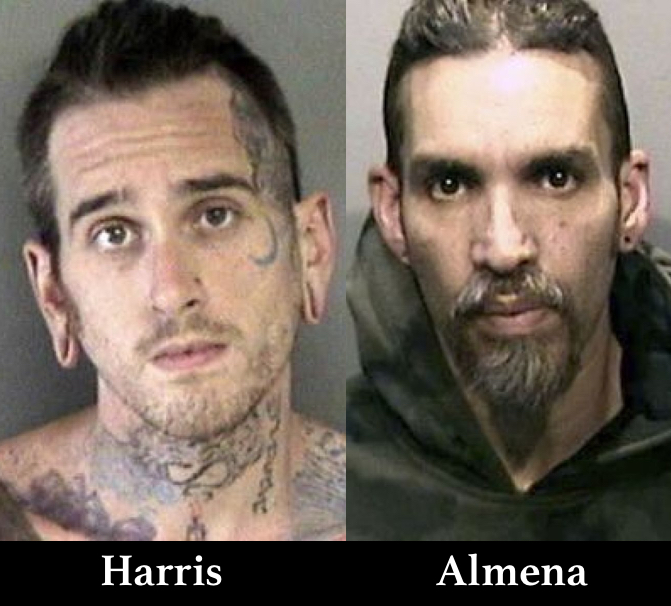 Jurors didn’t reach a verdict Thursday in their first full day of deliberations in the trial of Ghost Ship warehouse master tenant Derick Almena and creative director Max Harris for a fire at the Oakland building in 2016 that killed 36 people. The nine-woman, three-man panel has only deliberated a total of a day and a half so far because the case against Almena, 49, and Harris, 29, who are each charged with 36 counts of involuntary manslaughter, wasn’t submitted to them until 2 p.m. on Wednesday.

The jury will now take a lengthy break until Tuesday morning, when it will resume its deliberations.

PROSECUTORS: Alameda County prosecutors allege that Almena and Harris, who face a maximum term of 39 years if they’re convicted, are criminally responsible for the blaze during a music party at the 10,000-square-foot warehouse in the 1300 block of 31st Avenue in Oakland’s Fruitvale district the night of Dec. 2, 2016.

Prosecutors say the people at the music party didn’t have the time or opportunity to escape the blaze since the warehouse didn’t have important safeguards such as fire sprinklers, smoke alarms and lighted exit signs. Prosecutors also allege that Almena and Harris violated the terms of the building’s lease, which only called for it to be used as a warehouse for an artists’ collective, by turning it into a living space for up to 25 people and hosting underground music parties there.

DEFENSE: But defense attorneys allege that the fire was an act of arson that Almena and Harris couldn’t have prevented. Defense attorneys also allege that firefighters, police officers and other authorities who visited the building before the deadly fire never told the two men that they thought it was unsafe or told them to make changes to bring it up to code.

The courtroom of Alameda County Superior Court Judge Trina Thompson has been packed throughout the three-month trial, and court officials have accommodated people by making an overflow room available during key parts of the case, including closing arguments earlier this week.

But, in a move that puzzled and upset the large number of reporters who are covering the trial, court officials announced on Thursday that the overflow room won’t be available when the jury announces its verdict. The court’s website said, “Due to logistical considerations an overflow room when the verdict is read will not be possible.” The court didn’t say what the “logistical considerations” are.

The court’s decision means that many reporters and victims’ family members will face a lengthy delay in finding out about the verdict, as it will take a long time to read the verdicts in the 72 counts Almena and Harris face.