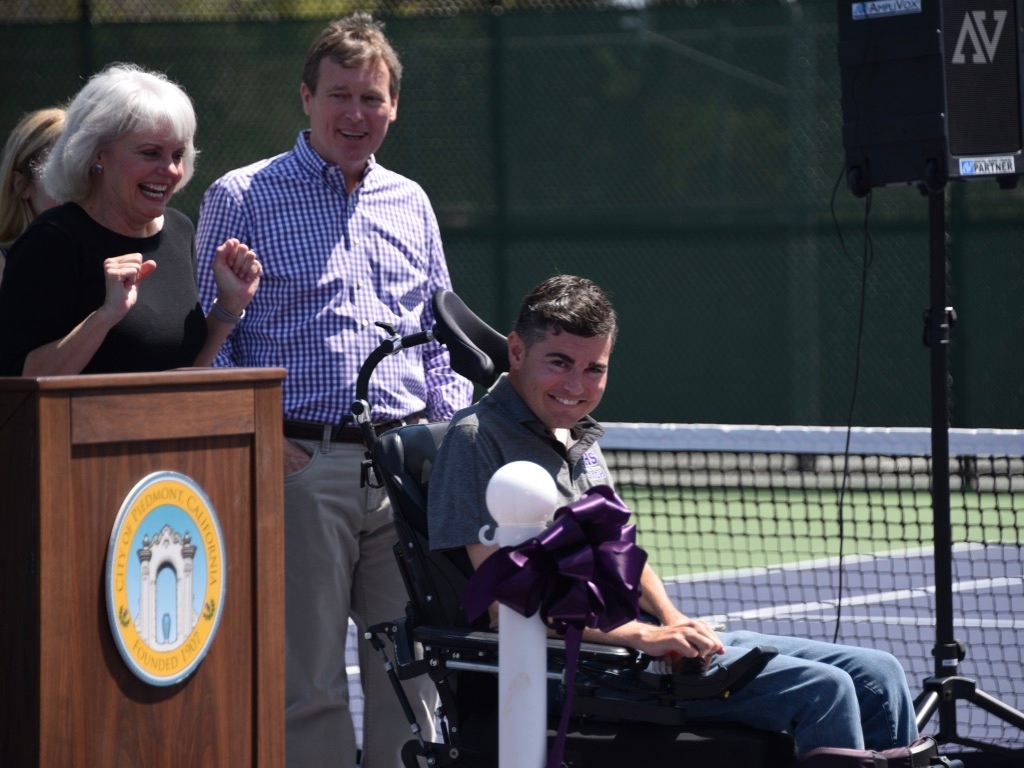 Corey, a 2004 graduate of Piedmont High School (PHS), was a member of the boys varsity tennis team. In 2007, he was diagnosed with ALS. After graduating from Middlebury with honors in 2008, Corey returned to Piedmont and has served as the Assistant Coach for the PHS boys and girls varsity tennis teams. Corey has been instrumental in the continued success of the PHS tennis program, whose teams have qualified for the North Coast Section (NCS) team championships each year since their inception in 1998-99.

The four courts on Vista Avenue were finished just before school started on August 13, and the girls high school team has been using them for the start of their season.

Piedmont Mayor Bob McBain and Piedmont Recreational Facilities Organization (PRFO) President Steve Collins both spoke. They discussed the public-private partnership that made this project a reality. Over 200 individual donors contributed on the private side, with large gifts from two local families, the Brebers and Bakers, and a group of men’s players.

Corey’s father Ted expressed the family’s thanks to the community, and Corey and his mother Wendy cut the ceremonial ribbon.