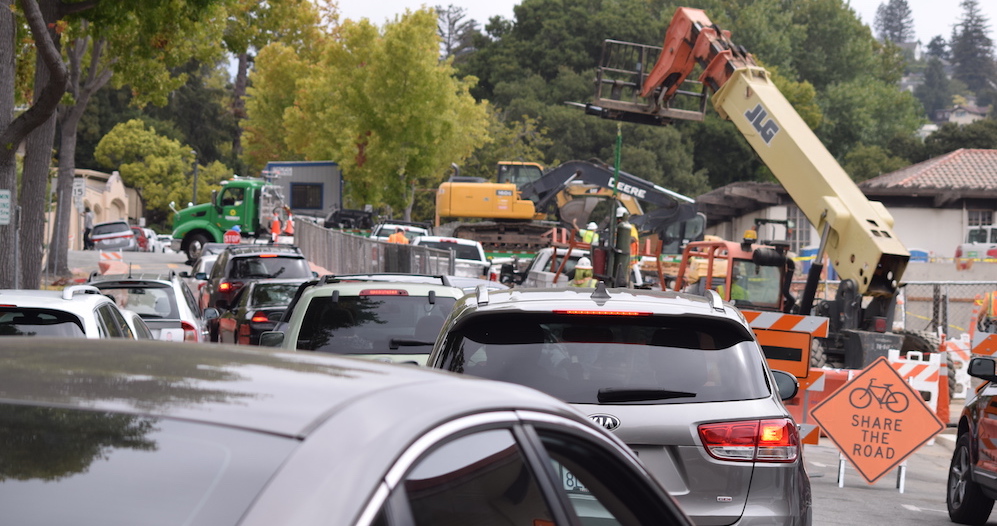 PIEDMONT —- In the face of ongoing construction at and around Piedmont Middle School, the City Council has approved adjusted student pickup and drop-off times on Magnolia Avenue to help relieve street congestion and make things a little safer.

Also, council members hope the adjustments will help ease fraying nerves of PMS parents, others doing temporary parking for city recreation programs across the street and drivers who themselves are rolling through the neighborhood.

“It can be a little [bit of] road-rage in that corridor.”

“…Good [material] for an episode of ‘People Behaving Badly.’”

The council voted 4-0 to approve the time changes. (Councilwoman Jen Cavanaugh was absent).

New signs advertising the new times should be up before PMS classes begin Tuesday, Aug. 13.

All of this is in response to the school district construction that has had profound impacts on the loading and parking zone area in front of Piedmont Middle School, especially during student drop-off and pick-up times. Complicating matters are short-duration parking by parents accompanying pre-school-age children in and out of programs at the Recreation Department across the street from the middle school.

Mayor Robert McBain noted, “It was a challenge before construction started there.”

“At the end of the day, it’s about the safety of the folks going through that area.”

The school construction began in April. Given that the work is expected to take about two years, these new parking restrictions are expected to be in effect until about April 2021.