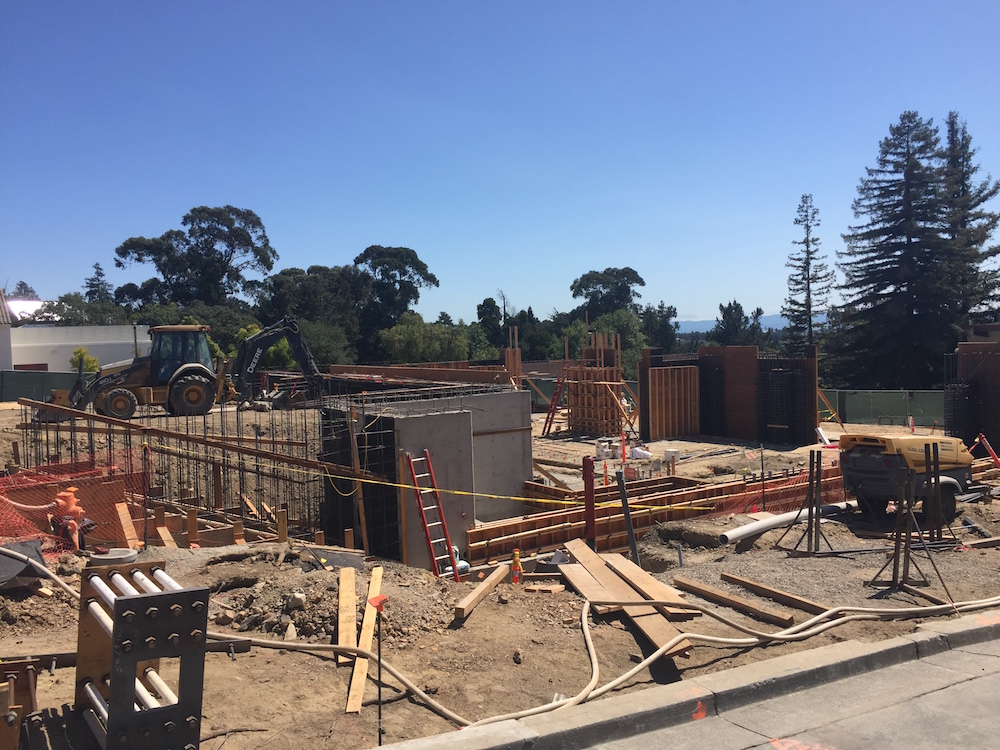 On August 18, CF&T Concrete Pumping continued to work on footing (essentially the foundation) of the STEAM building. Progress is being made on the building’s walls, of which a few have already been built.

An on-site contractor from CF&T Concrete Pumping said the site is a difficult one to work with due to the hilliness. However, he said that the construction is currently on track towards its three-year projected completion.

There are crossing guards posted on the intersections of Bonita Avenue and Magnolia Avenue. Traffic and parking in the construction zone continue to be impacted, resulting in new pick-up and drop-off procedures during the school day. (Related:  “Construction-related traffic, frayed nerves, safety concerns prompt changes to parking, student pick-up times.)

In an email to the Exedra, PUSD facilities director Pete Palmer said “We’re really pleased with our progress this summer, and that re-opening the campus to staff and students went smoothly.  The middle and high school principals sent reminders to families about how families can help reduce congestion near the construction area, and the principals will continue to do so over the next few weeks as families establish their drop-off and pick-up routines.  Also, the Piedmont Police will be strictly enforcing all the parking restrictions, to promote pedestrian safety.”