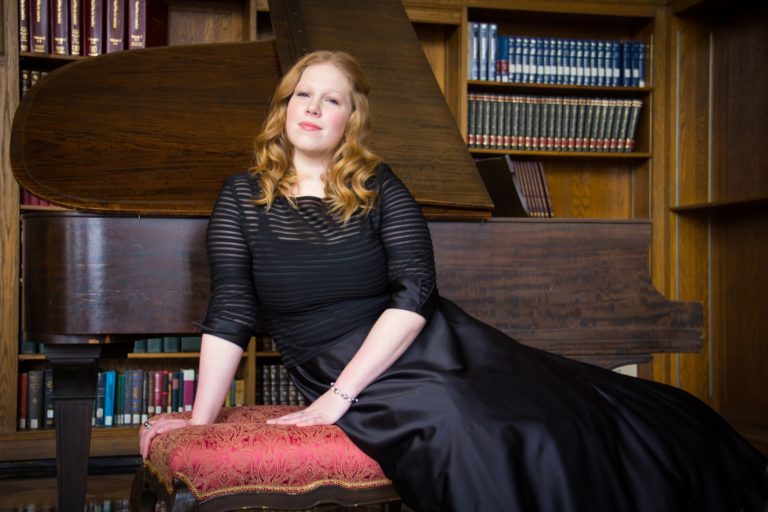 • Phantom of the bookstore: OK, this one is bound to be a bit weird, we think. The long-dead spirit of famed American poet Walt Whitman gets reembodied, kind of, for an hourlong performance Thursday night at the Pegasus Books location on Berkeley’s Solano Avenue. On tap is “A Plurality of One: The Song of Walt Whitman,” a reevaluation, of sorts, of Whitman’s most celebrated work, “Song of Myself.” National Delivery is the presenter of the event, written and staged by Joe Christiano, with Stanley Spenger stepping into the somewhat spectral role of Whitman. There will be a “soundscape” from Justin Jones, including a “mixed chorus,” with audience participation apparently actively encouraged. 7:30 p.m. Aug. 29 at 1855 Solano Ave., Berkeley; www.pegasusbookstore.com.

• Let a little lieder light up your life: Two rising stars of the classical music world join forces to open LiederAlive!’s season in San Francisco early Sunday evening. Soprano Sarah Cambidge, a Merola Opera graduate and former Adler Fellow who has had several recent roles on the San Francisco Opera stage and will be making her debut at the New York Met this year, and fellow Merolini Peter Grünberg, resident pianist at LiederAlive!, are in recital at the Noe Valley Ministry, performing a program of lieder by the two Richards, Wagner and Strauss, including the latter’s gorgeous “Four Last Songs.”  All that loveliness starts flowing at 5 p.m. Sept. 1 at 1021 Sanchez St., San Francisco. Tickets, $20-$75, are at 415-561-0100 or www.liederalive.org.

• “The Flick”: Annie Baker’s slice-of-life comedy won the 2014 Pulitzer Prize for drama and a slew of other awards, but is still considered somewhat polarizing among theater-goers. Some gripe that it’s too long (three hours) and that not much happens to its central protagonists, a trio of under-employed and dissatisfied workers at an old-fashioned suburban movie house. Yet the richness of the dialogue and depth of the characters has many people declaring “The Flick” a stunning and utterly engaging achievement. It’s just opened in Berkeley at Shotgun Players’ Ashby Stage, where it runs through Sept. 22. Tickets are $7-$40; shotgunplayers.org.

• Arnez J.: He’s worked as everything from a flight attendant to a Harlem Globetrotter (until he blew his knee out). After realizing he had a knack for making people laugh, he gave stand-up a try and found himself killing it at Atlanta comedy joints and making the final rounds of the Bay Area Black Comedy Competition. Arnez J. eventually made the leap to TV, where he landed hosting gigs and specials on BET, Comedy Central and HBO. His latest special, “Racially Motivated,” is out on Netflix. Known for his topical commentary and frenetic delivery, Arnez J. comes to Oakland for a weekend stint at Yoshi’s, where’s he booked for four shows Aug. 31 and Sept. 1. Tickets are $34-$69 at 510-238-9200 or www.yoshis.com.

• “War and Peace”: Sergei Bondarchuk’s Golden Globe- and Oscar-winning four-part adaptation of the classic Tolstoy novel has been called one of the greatest film epics ever made. The Berkeley Art Museum and Pacific Film Archive recently screened the digitally remastered version of the 1965-67 films to great success, and now they are back, due to popular demand. The four parts will be screened several times each at BAMPFA from Sept. 1-27. Screenings are $5-$13 apiece, find the complete schedule at bampfa.org.