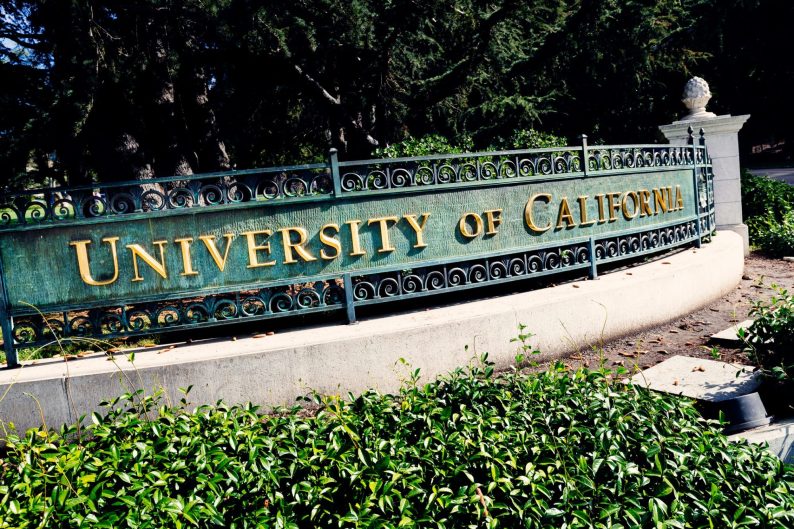 Each November, tens of thousands of high school students file their applications to the University of California and an army of admissions staffers begins deciding who will be accepted to the nation’s most prestigious public university.

Now, the Varsity Blues scandal has cast a spotlight on a once-obscure part of that admissions process. Known as “admissions by exception,” it gives campuses flexibility to admit up to 6% of each entering class from applicants who don’t meet UC’s minimum standards, but have a special talent or come from a disadvantaged background.

While it’s unclear if admissions by exception played a direct role in the college cheating scandal, it has surfaced as a potential weak spot as policymakers seek ways to bulletproof the university’s admission system from scammers.

Documents and interviews with admissions officers show UC’s nine undergraduate campuses are using the policy in very different ways — ways that some campuses prefer to keep secret, even after an internal UC audit urged more transparency.

MOST CAMPUSES SAID THEY HAD NO DOCUMENTATION OF HOW MANY STUDENTS ARE ADMITTED BY EXCEPTION, AND JUST ONE PROVIDED RECORDS OF TOTAL NUMBERS AND DEMOGRAPHICS.

In response to a public records request from CalMatters, for instance, most campuses said they had no documentation of how many students are admitted by exception each year. At least one campus exceeded the 6% cap in 2018.

Just one campus—UCLA—provided records outlining the total numbers and demographics of students admitted under the policy, while two others—UC Santa Cruz and UC Riverside—verbally detailed how they select the exceptional admits.

Together, the three campuses offer a glimpse of how admissions by exception works and how campuses use it to their advantage. Perhaps best known as a tool for athletic recruitment, the policy also helps campuses open access to non-traditional students, and even shore up their bottom lines.

UCLA: A leg up for athletic stars

At highly-selective UCLA, most of the 132 students admitted by exception in 2018 came from California, according to documents obtained under CalMatters’ public records request. All but about a dozen were athletes or possessed other special talents.

While athletes made up the bulk of that group, UCLA spokesperson Ricardo Vazquez said it also included applicants with skills in music and art. More than a third had grade point averages below 3.5, well under the 4.25 median GPA for all admitted freshmen that year. The GPAs of another quarter of admits are listed as “missing.”

“Extraordinary talent of any sort, athletic or otherwise, can limit a student’s ability to meet eligibility requirements because of the time commitments some of those activities may involve,” Vazquez wrote in a statement to CalMatters.

UCLA has long used admission by exception for athletic recruitment. Its officials told the NCAA in a 2011 report that about half of all student-athletes were admitted via the policy—including 85 percent of football players on scholarship—compared with fewer than two percent of incoming freshmen overall.

The practice is not without risks. UC Berkeley overhauled its admissions process for athletes five years ago after revelations that graduation rates on its men’s football and basketball teams ranked last in the country. But UCLA officials wrote in 2011 that “given UCLA’s highly competitive academic reality for admitting first-year students in general, there is no real alternative…if UCLA is to compete athletically with any success.”

Recruits recommended by coaches must be reviewed for admission by exception only if they lack the minimum qualifications for UC. Those include earning a C or better in each of a sequence of college prep courses, including four years of English and three years of math; averaging at least a 3.0 GPA; and taking the SAT or ACT.

UCLA’s admission practices have come under scrutiny since soccer coach Jorge Salcedo was ensnared in the nationwide college admissions scandal, charged with accepting $200,000 in bribes from wealthy families to recruit their children as players. A recent Los Angeles Times investigationidentified a handful of students with close ties to athletics department employees who were recruited as athletes despite appearing to have little experience in their sports.

Vazquez declined to comment on whether admissions by exception played a role in those cases, citing student privacy. He said the university is reviewing its use of the policy, which has become increasingly limited to unusually talented students as UCLA has grown in popularity: For some years, it has received more applications than any other university in the United States.

Like UCLA, UC Riverside fields Division 1 sports teams, but campus policy limits the number of athletes admitted by exception to 1% of each entering class. Instead, the campus targets those students with extreme educational disadvantages, said undergraduate admissions director Emily Engelschall.

Riverside’s admissions by exception, she said, tend toward students who were homeschooled, experienced a medical emergency that delayed their coursework, or “come from a foster care environment who’ve attended 10 different high schools throughout their career.”

Even students admitted by exception to UC Riverside must have at least a 3.0 GPA and meet minimum test score cutoffs, said Engelschall — a stricter standard than at other campuses. Those requirements can be waived, however, if a special faculty review committee signs off.

Eddie Comeaux, a professor of higher education at UC Riverside, said such committees sometimes fail to adequately assess whether students they’re admitting have the skills and support to succeed at the university.

“Sometimes they become a rubber stamp, and there’s not a thoughtful, evidence-based approach,” said Comeaux, who chairs the UC-wide faculty panel charged with overseeing admissions policy.

“IT’S A MORE SUBJECTIVE ADMISSIONS PROCESS THAN THE REST OF ADMISSIONS. IS THAT SOMETHING THAT CAN THEORETICALLY BE ABUSED? YES.”

Athletes in sports that don’t generate revenue for the university are among those who can receive a cursory review, Comeaux said. “So much of that is under the radar because these are athletes that are not high profile.”

At least two people review every application granted admission by exception at UC Riverside, said Engelschall — but that’s not true for every campus, an internal UC audit found. In some cases, a single individual makes the selection, according to the June audit, the first of three to examine ways to improve UC’s admissions procedures in the wake of Varsity Blues.

A bill pending in the state Legislature aims to address that: Authored by Sacramento Assemblyman Kevin McCarty, it would require that at least three senior administrators sign off on every student admitted by exception to UC and CSU.

UC’s internal audit also found that campuses are not consistently measuring how many students they admit by exception, and sometimes fail to document the reason for the decision. UC Santa Cruz, for example, admitted about 8% of its entering class by exception in 2018, exceeding the 6% allowed under UC rules.

Michelle Wittingham, associate vice chancellor of enrollment management, said the way the university handled those applications — which were flagged by a reviewer, given a score between 1 and 5, and then lumped in with the regular pool — made it harder to track compliance with the cap. But she added that the university is “going to really be looking closely into that.”

UC Santa Cruz has used the program to recruit students from outside California who have strong academic records but didn’t take a required class, Wittingham said: “You might be missing a year of English, but we see that you had senior English and got great grades and had strong test scores.”

The university is working to increase its population of non-resident students, Whittingham said, both to expose California students to other cultural influences and bring in the extra tuition dollars those students pay. About 86% of the 282 students the campus admitted by exception in 2018 came from outside the state, she said, and “not shockingly, curriculum in other countries is not aligned to UC requirements.”

Whittingham took care to emphasize that non-resident students who come in by exception aren’t displacing California residents — the number of in-state students, she said, is determined by state funds.

UC President Janet Napolitano has said the university will follow the audit’s recommendations, which include requiring campuses to track why they admit each student by exception and ensure that multiple people evaluate each file.

While UC says only about 2% of newly enrolled students systemwide enter via the policy, that still amounts to hundreds of students. The university sent acceptance letters to a record 108,178 freshmen for fall 2019, including 71,655 Californians. About 62% of California applicants got in, though not necessarily to their first-choice campus.

In some ways, admissions by exception may be contributing to campus diversity. California students admitted via the policy in 2018 were more likely to be black than those in the entering class overall — though less likely to be Latino or first-generation. Black students, who are underrepresented at UC compared to their share of California’s population, made up about 10% of in-state students admitted by exception, double their share of total admitted students from the state.

At a recent meeting of UC’s governing board, some university regents worried that tightening oversight of admissions by exception too much — for example, by requiring more students to submit documents verifying claims they make in their applications — could adversely affect disadvantaged students.

“Folks that are being admitted by exception…might be in the least favorable position to provide a lot of verification,” said regents vice-chair Cecilia Estolano. “Those are super-important categories for us to ensure that we’re opening access to really amazing, talented people that just don’t have opportunities to show that in their high school.”

But Wei-Li Sun, an admissions consultant who specializes in helping students apply to UC, says the practice seems less to benefit disadvantaged students overall than to target specific groups.

Bay Area-based admissions counselor Felicia Fahey said she’s helped two clients gain admission by exception — one a homeschooled student who attended UC Berkeley, and another a skilled writer who was admitted to UC Davis after a heart surgery that affected her grades.

“[The second student] had clearly overcome this problem and was performing at a really high level,” Fahey said.

Whatever their reasons, some UC campuses are clearly reluctant to share data on admissions by exception. Four months after CalMatters sent public records requests to each of the nine undergraduate campuses seeking information about the number and demographics of students admitted under the policy, only UCLA has provided any documents. UC Riverside and UC Santa Cruz made admissions staff available for interviews.

The other six campuses either failed to respond or said they did not have records that answered any of our questions — even the most basic one about how many students were admitted by exception last year.

When CalMatters followed up, pointing out that UC’s own internal audit was examining that question, some campuses agreed to look into our request — but had yet to provide any documents by deadline.

More details could emerge when the university conducts a second internal audit of its admissions over the next six months, followed by an independent state study requested by the Legislature.

“It’s a more subjective admissions process than the rest of admissions,” she said. “Is that something that can be theoretically abused? Yes. Are they doing enough due diligence to ensure it’s not being misused?”

This story and other higher education coverage are supported by the College Futures Foundation.