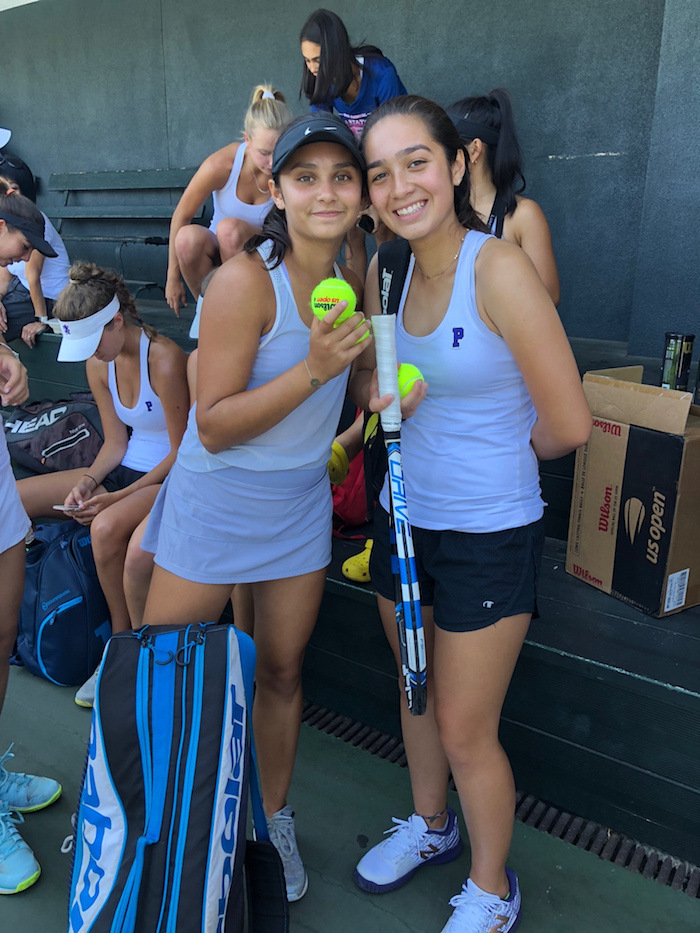 Piedmont High School girls tennis coach Jim Landes has high hopes for the 2019 squad, which will seek to repeat the accomplishments of the 2018 team. That group might have won the North Coast Section (NCS) Division 2 team championship had the tournament finished (it was delayed and ultimately canceled due to the wildfires in the Bay Area).

“We won the league, we would have won NCS if it had finished,” Landes said of last year’s team. “We had a super team. We could have won Division 1, let alone Division 2.”

This year’s team will also be the first to play on the newly-refinished courts at the Corey Reich Tennis Center. A grand opening event is scheduled for August24 from 1-3PM.

Back from last year’s squad are a solid group of eight seniors. The varsity also has a returning junior and two returning sophomores. The depth will be there, according to Landes, but with Angela Huang graduating and Makenna Thiel not at PHS this year, there will also be big shoes to fill at the top of the roster.

Senior Emily Becker leads the returnees. She played mostly at No. 3 singles last year. Junior Audrey Edel swung between singles and doubles. Audrey Call, another senior, could be a key at singles, and Marlowe McEfee (senior) and Lily Orta (senior) should also see action at singles.

The underclassmen will be counted on to develop for the Highlanders to win the league title again.

“I feel good about all of the younger players,” Landes said.

“I think Berkeley and Castro Valley will be our toughest competition,” Landes said. “They’re going to be strong at the top, but we might be able to beat them because of our depth.”

The season starts on August 22 at Maria Carillo. The first home match is on August 27 against Acalanes. The California Classic tournament is held on September 6-7, and league play starts in mid-September. League and NCS playoffs start in November.