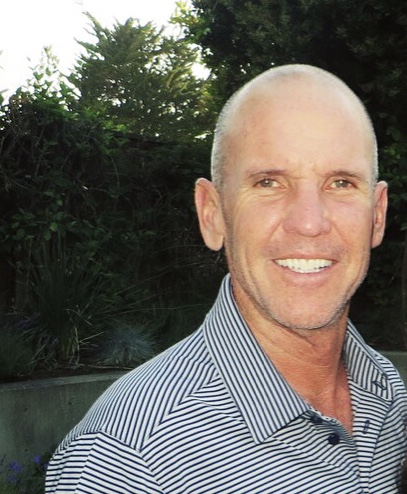 In early May, Greg Dunstan, Marie McKinzie, and Terry McGrath became unexpectedly famous. A recent article in the SF Chronicle about the homeless Oakland couple (Dunstan and McKinzie) and the Piedmont resident and real estate developer (McGrath) who sheltered them in his multi-million dollar home hit like a thunderclap. The story got picked up nationwide, not just for the way it forced readers to think about the human cost of homelessness and the difference an individual can make, but also for what it revealed about a few neighbors who phoned police when they first set eyes on Greg and Marie. I recently paid a visit to Terry McGrath to find out how Greg and Marie are doing, and what’s changed since the article.

Q: Did you expect your story to go national in the way it has?

A: Not at all. Even when the article was published in the San Francisco Chronicle, I didn’t think many people would read it. Maybe a few people from the Bay Area, but I did not expect it to reach all parts of the country. There’s not a day goes by where I don’t encounter somebody who wants to talk about it.

Q: How have Greg and Marie adapted to the new environment? How has this change affected them?

A: I would say it has been good for the most part, although there were times they said the move was uncomfortable for them, as highlighted in the SF Chronicle article. I was talking to Marie today and she said it took her about two months to get used to sleeping in a bed. She said that her body physically had to adapt to the bed after all those years sleeping on a hard surface. In terms of the community, there have been some problems, but Greg and Marie are pretty well-recognized now. The other day they were waiting for the bus and a neighbor offered to drive them and ended up taking them all the way to San Leandro.

In terms of the community, there have been some problems, but Greg and Marie are pretty well-recognized now

Q: What prompted you to take them into your home?

A: It was obviously about helping somebody, but it was probably as much about helping myself. After meeting them in Jack London Square, it quickly became apparent that Greg and I came from similar backgrounds in terms of poverty, and I instantly felt connected to him. I could see their pain; I could feel their pain; and I could feel how fortunate I was. We started in similar positions, but ended in different places. And after about 15 minutes of talking to them, I looked out the window of the restaurant and saw their two shopping carts parked against the wall, and I knew I needed to do something.

Q: Was your family open to the idea?

A: I talked about it with both of my daughters, Alex and Sam, and they were super open to the idea. Sam is in college and Alex just graduated, but both have met Greg and Marie multiple times. I had warned them that there could possibly be some pushback from the community, or unkind social media posts, and they looked at me and just said “Dad, I don’t care.” So yes, they are very accepting of it and obviously have grown thick enough skin to repel any hateful comments.

Q: You notified police that a homeless couple was moving in, but you didn’t tell your neighbors. Why?

A: A lot of people confuse why I didn’t notify my neighbors and surrounding community. I didn’t do it because it came down to: what would I be highlighting? My sister and brother-in-law lived there [in his guest house] for a year. My niece going to law school lived there for two years, my summer intern lived there. They’re white. So why would I tell the neighbors when a black couple is there? I didn’t feel it was appropriate to do that. And I didn’t want to prejudice the way the community would react to them. Probably there was a little bit of curiosity on my part. But it wasn’t intended to be hidden from the community.

Q: As a society, how can we start to to fix this issue?

A: It’s probably the most complex issues we’re facing today. I don’t necessarily think it’s a money issue, but a problem-solving issue. It’s a matter of taking the problem from all different sides and chipping away at it. There are parts that the private sector is not designed to solve; for instance, the mental illness and addiction side of it, but offering shelter and creating more affordable housing is absolutely a problem the private sector can handle. Ultimately it’s a problem that is going to need help from all parts of society: government, the private sector, the individual.

Q: You have a lot of influence as a real estate developer. Are you building anything to help more homeless?

A: Alongside Oakland mayor Libby Schaaf and Council member Dan Kalb, my company is building 45 affordable units at MacArthur BART in the SkyLine project. The apartments are scheduled to open in 2020.

Q: How can everyday citizens take proactive steps in working to fix the homeless crisis?

A:One of the ways to attack the problem is to actually bring it into the neighborhoods. That gives people a much higher degree of awareness and empathy. If you can just get people to realize that a lot of what you have in life is really not due to your own incredible intellect and hard work. Being born white is an incredible advantage in this country still today. The reason why most people don’t make contact with homeless people is because it is hard to confront their own fears, their own mortality, or acknowledge their own luck. If we could get people to move just a fraction closer to the issue of homelessness, be that accepting it into our community or acknowledging the humanity within the impoverished, we take one small step in the right direction.

A lot of what you have in life is really not due to your own incredible intellect and hard work. Being born white is an incredible advantage in this country still today .

Q: What is the best advice you can give to people who want to make a change?

A: Start by simply introducing yourself, or saying hi, or asking their name. You start to humanize the issue by doing this. You also start to turn the light back on inside that person, because I think for most homeless, they feel just discarded by society, and the light in their soul has been turned off. By turning the light back on with a simple act of kindness takes us an inch closer to achieving our goals