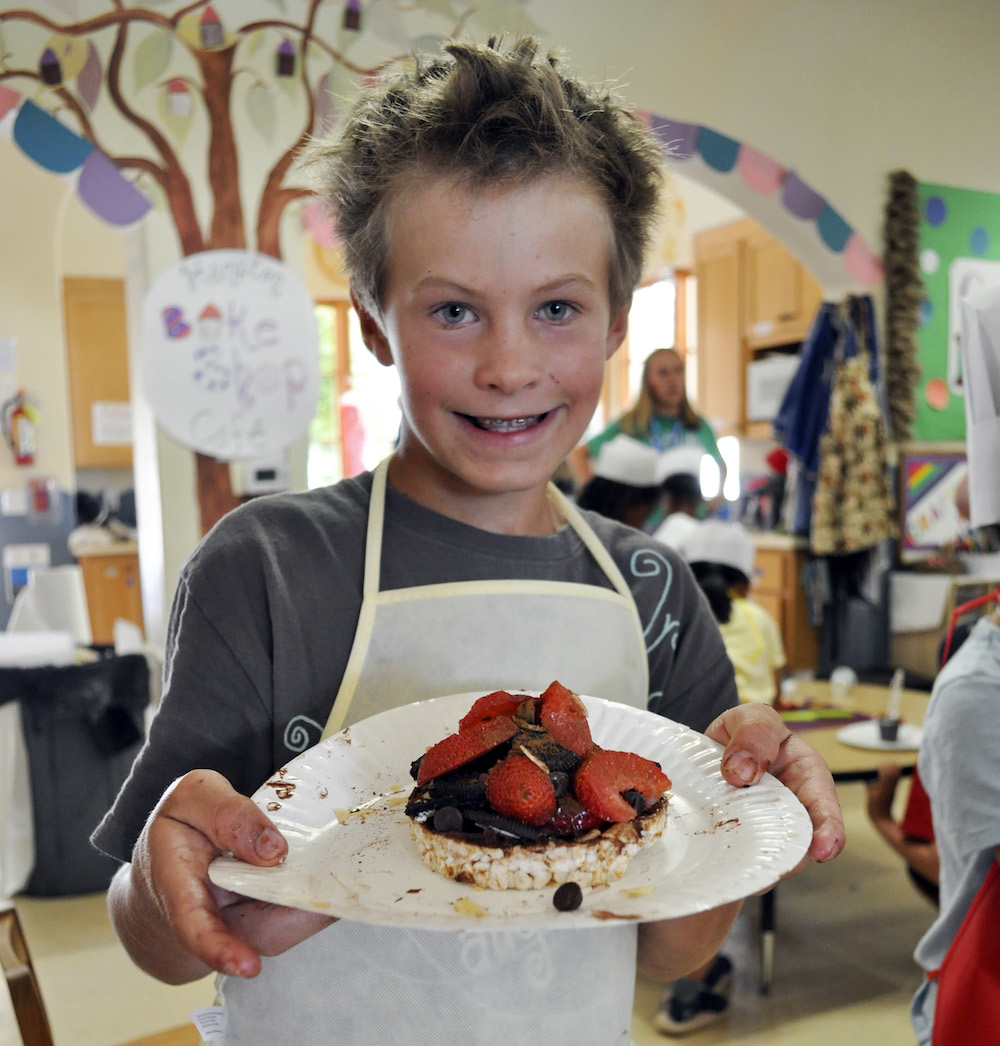 It’s been a month since the Piedmont Exedra has dropped in on our favorite campers at Camp Everything. So on Thursday, July 18, I decided to see what they were up to. I swear I wasn’t following my appetite…or maybe I was. When I arrived, I found a bustling kitchen with campers preparing for their “Chopped Challenge.”

Under a ticking clock, teams of two to three Camp Everything chefs worked to whip up edible delights. The chefs were able to use strawberries, rice cakes, whipped cream, gummy worms, and pudding from the Bake Shop’s kitchen.

Teamwork and gooey, chocolately hands were the names of the game! The entire camp later joined in on the voting… and the result was a two-way tie.

Next up on Camp Everything’s agenda is a Coachella-like festival day. Stay tuned!