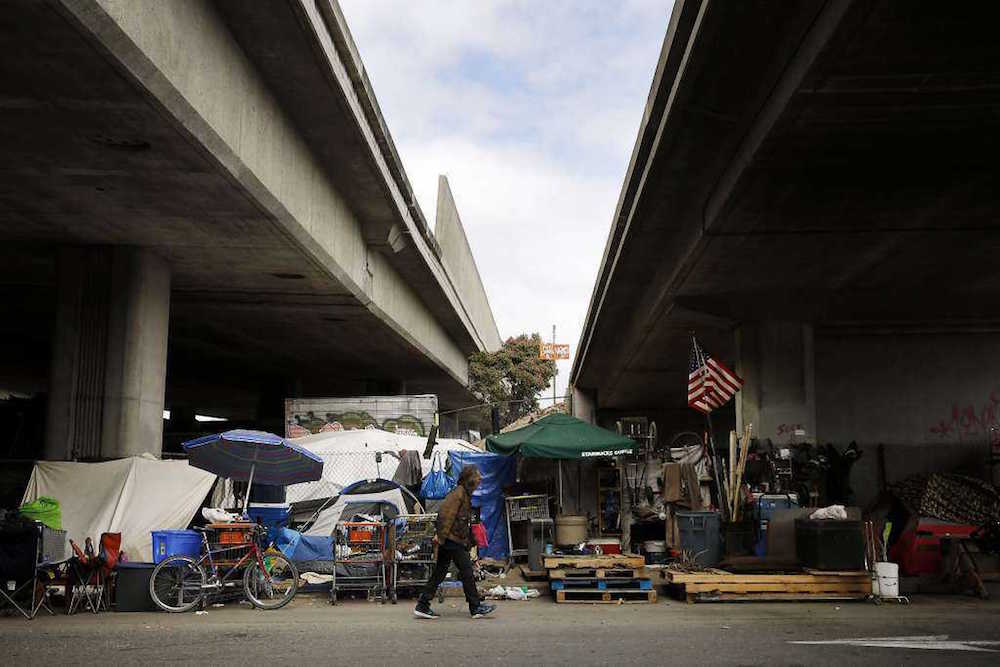 Oakland Mayor Libby Schaaf said on Tuesday that she’s not shocked by the results of a new count that shows that her city’s homeless population increased by 47 percent between 2017 and 2019. Speaking to reporters in her office, Schaaf said, “Oakland’s increase in homelessness is no surprise to anyone who is working on this problem of ending unacceptable levels of human suffering on our streets every day.”

The mayor also said, “This number is reflective of similar increases throughout Alameda County.” Schaaf said other cities in the county experienced even higher percentage increases in homelessness and one city, which she didn’t name, even saw its homeless population quadruple.

The new homeless numbers, which were presented at a meeting Monday of the Alameda County Board of Supervisors hosted for the county’s 14 mayors, show that countywide the number of homeless people rose 43 percent, from 5,629 in 2017 to 8,022 in 2019. Oakland has 4,071 homeless people and Berkeley has 1,108 homeless people, according to the study.

Schaaf said that on any given night Alameda County is short 6,000 shelter beds. But she said, “What does give me hope is a new sense of partnership we see emerging between cities and counties, between cities and their regional bodies and indeed the whole state of California” to deal with the problem. Schaaf said, “Oakland is answering this crisis with a sense of urgency and innovation. By the end of the year we will have added over 700 new shelter options for Oakland’s homeless. I’m very optimistic that as the county looks for opportunities to partner with cities we can get more done with the limited resources we have.”

Schaaf said that among the things Oakland is doing to tackle its homelessness problem are creating community cabins and opening safe parking sites for RVs. She said the safe parking sites “are particularly responsive to the incredible increase we’ve seen in our homeless residents residing in cars and RVs.” But Schaaf admitted, “We will need to do more. This is an all-hands-on-deck situation.” The mayor attributes the increase in homelessness to four factors, citing, “Income inequality, an inadequate supply of housing, insufficient protections against displacement and a mental health system that is not working.” Schaaf said, “Those factors have combined here in Oakland in a way that I don’t think we’ve seen in the past.”