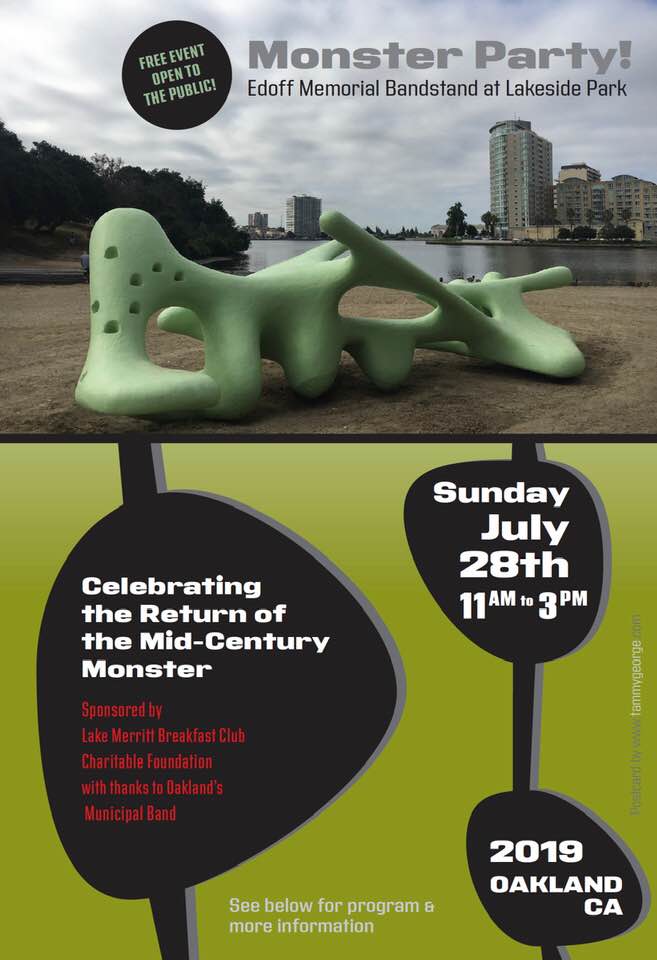 A 1950s play structure at Lakeside Park in Oakland that entertained and delighted children for decades has been renovated and will be the focus of a celebration from 11 a.m. to 3 p.m. on July 28. The Lake Merritt Monster, also known as the Mid-Century Monster, is a free-form creation designed by sculptor and jewelry maker Robert Winston. It was originally dedicated near the Lake Merritt Bandstand in 1952.

The green structure had heavy use over the years and in 2015 it was fenced off amid fears it would be removed altogether, according to OaklandWiki. Instead, it has been repaired and the celebration will be held at the structure and nearby bandstand off Bellevue Avenue near Children’s Fairyland in Lakeside Park. [Editor’s note: According to the Lake Merritt’s Mid-Century Monster Fan Club Facebook page, the team behind the restoration includes the Lake Merritt Breakfast Club Charitable Foundation, City of Oakland Public Works, and other local businesses.]