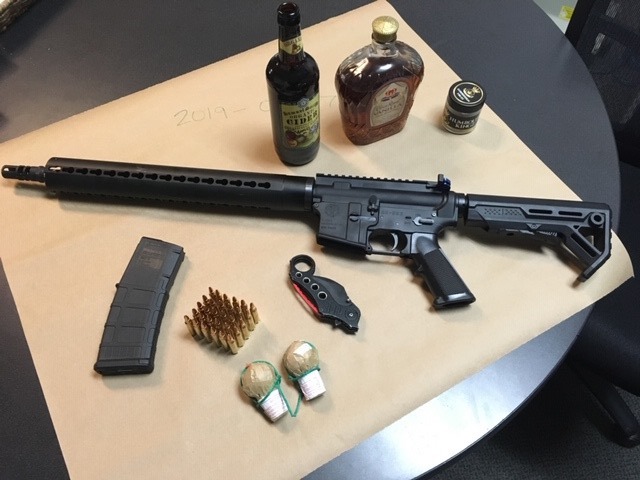 On Thursday, July 4 around 9:13 p.m. Piedmont Police Department was alerted of a large gathering on Hazel Lane. The gathering was described to PPD as a “large party [with] kids smoking…and drinking.” Two PPD units were dispatched to the scene and made contact with an adult male, who was the son of the homeowner(s).

Around 9:46 p.m., one additional PPD unit was dispatched to the area following a second call made by another reporting party. The reporting party had allegedly observed approximately ten minors pulling up to the scene in Ubers, as well as two male subjects going back and forth from the party to a silver Mazda.

Piedmont resident Steve Humphries was walking his dog on the street when he also observed three police units and around five to six officers conducting a vehicle search.

Humphries noticed on the “west side of the street” that “there was a party with kids at the house, right where the police were searching the car.” He said he figured the officers were all over the party.

“The police were going through a car,” said Humphries. “I just thought they were looking for alcohol and I just kept walking.”

Upon inspection, PPD officers discovered a loaded AR-15 rifle in the trunk of the silver Mazda. The two male subjects traveling to and from the party were inside of the silver Mazda at the time and taken into custody: Francisco Estigoy, 24, from the City of Alameda and Casey Vivona, 19, from the City of West Haven, Utah. PPD was not inclined to release information of either of the subject’s criminal records.

Humphries was not surprised to hear about the loaded weapon being found “given the free-for-all of illegal fireworks and weapons being discharged all around the Bay Area on the Fourth of July.”

According to PPD Police Commander Lisa Douglas, there were no injuries reported from the incident.