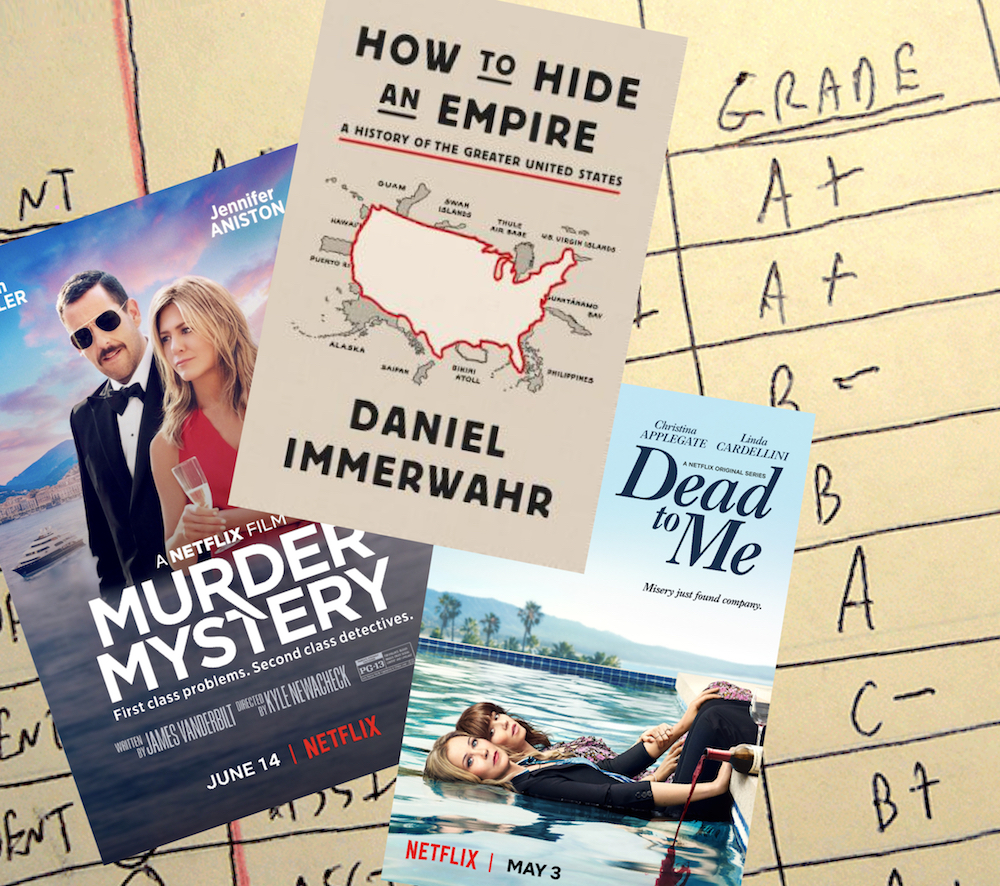 Exedra’s arts and culture reviewers answer the burning question: Is it worth my time?

Daniel Immerwahr’s How to Hide an Empire tells the history of what the author calls the “Greater United States.” This term captures the various territories, possessions, occupations, and even military bases the US has held over the years, and in many cases continues to hold. But Immerwahr distinguishes the Greater US from the “logo map”, or the continental US.

Immerwahr’s thesis is that the US is the only world power in history that has devised ways to maintain or increase political and economic influence even after it stopped adding physical territory. Technological innovations such as synthetic rubber, plastics, radio, aviation, and DDT allowed the US to build up its industrial base, communicate quickly over long distances, and wage war without needing much if any actual presence outside the mainland. Global standardization in language, air traffic control, and even screw threads has further enabled the US to disguise its imperial ambitions while keeping a relatively low geographical profile.

Immerwahr, an associate professor of history at Northwestern University, peppers his chapters with pop culture references along with more serious historical analysis. I would have liked additional discussion of how slavery and Native American dispossession fit into his thesis, along with the US’s various overseas (mis)adventures in Iran, Central America, and Southeast Asia during the Cold War. I would also have been interested in further analysis of how Alaska and Hawaii, which often seem tacked onto the logo map, became states, whereas Puerto Rico, which Immerwahr covers in much more detail, has not. Grade: A-

Christina Applegate stars as Jen, a grieving real-estate agent struggling to cope with the murder of her husband in Dead to Me. Between rage-fueled head-banging sessions listening to heavy metal in her Mercedes and long nights spent lying awake in her husband’s sweatpants, it is clear from the beginning that her style of mourning is not necessarily healthy. Grappling with the task of raising two young sons who have suddenly found themselves without a father, while also seeking revenge against her husband’s killer, she begins to sink into a deep depression. In what seems like a positive turn of events, she befriends Judy (Linda Cardellini), a newcomer in her grief counseling group, who has recently lost her fiance. Through dark quips and suspense, Dead to Me stands out not simply because of its unlikely pairing of humor and drama, but by hinging on the strong performances of its leading duo. When it overcomes its own branding as a sunshine-riddled dark comedy — a “traumedy” — Applegate and Cardellini are able to shine as two women struggling with their own ideas of grief. Like a funeral, Dead to Me doesn’t exist for the dead so much as it hinges on the complexities of the living. This is a not-to-be-missed thrill ride of a show, consisting of ten fast-paced thirty-minute episodes which make for easy summer viewing.  Grade: A-

Off on a long overdue European vacation, Nick and Audrey Spitz, a couple of regular joes from an outer borough of NYC run across a charming stranger on their plane, wind up as guests on a yacht, and get tangled up in a murder plot borrowed from Agatha Christie or the old Pink Panther films. There’s a paint by numbers feel to Murder Mystery, from the film’s cliched title to the familiar eccentricities of many of its characters — the clueless detective, the money-hungry fiancee. This may be the filmmakers point, a lightweight send-up of the genre, with expensive European locations in the background and Adam Sandler and Jennifer Aniston cracking wise as the Spitzes. The two actors work wonders with thin material. Even so the story gets wobbly after an hour. But Sandler and Aniston have shown many times before that they can still command huge followings, even when they’re slumming. B–