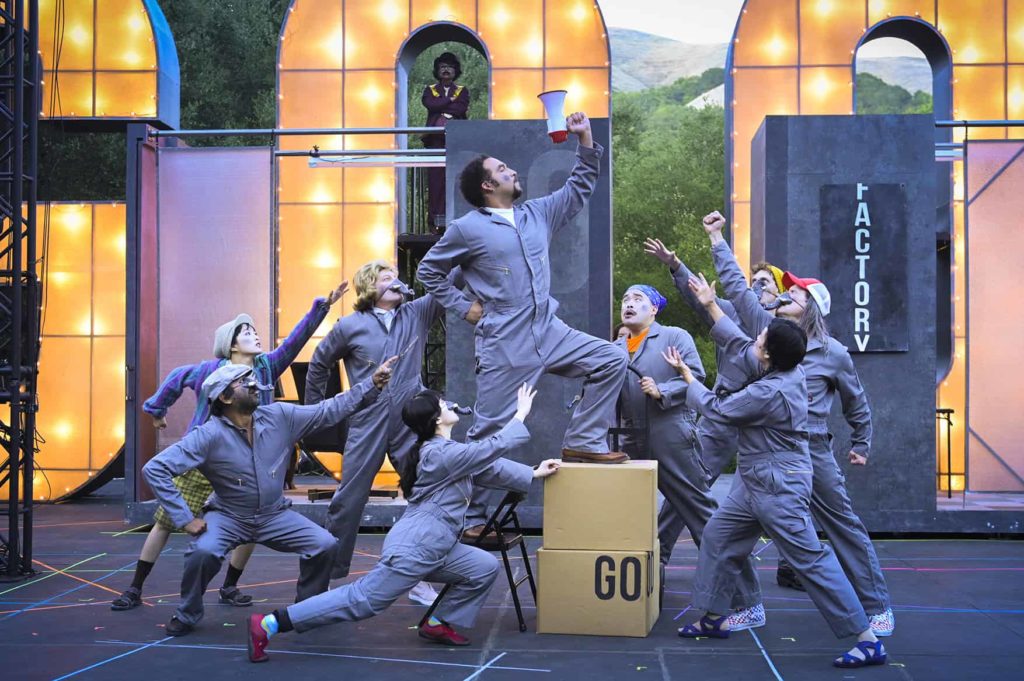 • Music for your making: Thanks to the hospitality of the San Francisco Botanical Garden in Golden Gate Park, you can tiptoe through the tulips, tickle the ivories and then stop to smell the roses for 12 straight days starting July 11. The fifth annual Flower Piano extravaganza invites the public to stroll through the 55-acre expanse of the garden and either gather around to hear someone else’s impromptu concert or sit down and plunk out your own 10-fingered solo at any one of the 12 pianos scattered throughout the grounds. The event has grown larger and more popular each year, and there are now concerts scheduled with some talented pros, a child-friendly sunset gathering on July 12 and three Flower Piano at Night parties (with food trucks and outdoor bars) July 18-20, 9 a.m. to 6 p.m. daily. Free admission for San Francisco residents, $9 for others for the random strolling, some scheduled events are ticketed. Find the full schedule at www.flowerpiano.com.

• Another gone-girl novel: Ruchika Tomar’s buzz-generating “A Prayer for Travelers” (Riverhead Books, $27, 344 pages), dubbed “a debut novel with everything” by Cosmopolitan, is novel in more ways than one. For starters, it opens with Chapter 31, and its mysterious narrative unfolds in a scrambled chronology that ultimately sheds light on the power of a friendship between two young women, one of whom has disappeared, launching the other on a desperate search for her. Tomar, a recent Wallace Stegner Fellow at Stanford University, talks about the book with fellow author Chia-Chia Lin at 7 p.m. July 10 at East Bay Booksellers, 5433 College Ave., Oakland. She also appears at Book Passage in Corte Madera at 7 p.m. July 11 and at a “Read It and Eat” luncheon event at Towne Center Books in Pleasanton at 11:30 a.m. July 22.  Find more at www.ruchikatomar.com.

• “The Good Person of Szechwan”: The California Shakespeare Theater is presenting this Bertolt Brecht satire about three deities on Earth looking for a shred of human decency. The adaptation is by Tony Kushner, and the direction is by Eric Ting, so our hopes are high for this one. It runs through July 21 at Cal Shakes’ Bruns Amphitheatre in Orinda; $20-$94; calshakes.org. And if it’s outdoor theater you crave, you’ve come to the right month: San Francisco Mime Troupe (presenting a new show titled “Treasure Island”; www.sfmt.org); Livermore Shakespeare Festival (presenting “Othello,” (livermoreshakes.org) and San Francisco Shakespeare Festival (“As You Like It,” (www.sfshakes.org) are all performing in the Bay Area.

• Queen + Adam Lambert: If the film “Bohemian Rhapsody” made you nostalgic for the larger-than-life rock of Queen, the real band plays the SAP Center in San Jose on July 14. Yes, no one can replace the late Freddie Mercury, but Lambert is a talented and entertaining frontman who should have won “American Idol” in 2009. And then there’s the legendary guitar work from Brian May. The show starts at 7:30 p.m.; tickets are $49.50-$195 at www.ticketmaster.com.