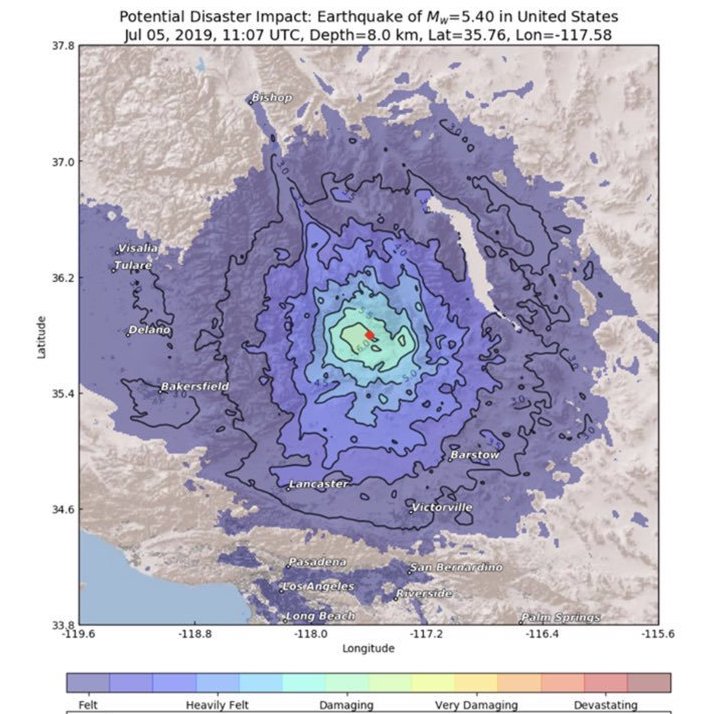 A second earthquake in as many days rattled Ridgecrest and was felt in the Monterey Bay Area, according to the National Weather Service. “A barely noticeable very subtle swaying felt here at the Monterey NWS office that lasted less than a minute,” weather officials tweeted at 8:32 p.m.

Caltrans said state Highway 178 is closed because of a rock slide in Kern River Canyon Friday. The Los Angeles Fire Department said they have received word that some power lines are down and there are localized power outages Friday. Fire officials report no major damage to infrastructure has been identified in the city of Los Angeles.