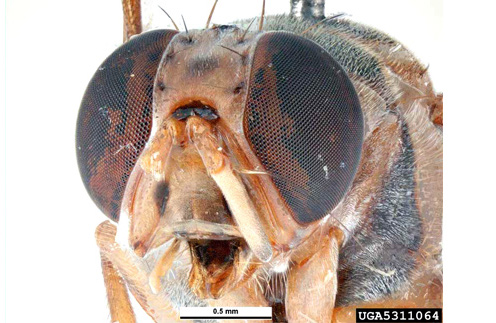 County officials trapped the bugs in Palo Alto on June 28 and July 2, then began placing insect traps in a 4.5-mile radius from the discovery site. “These finds are the result of early detection trapping which is key to finding and eradicating exotic pest infestations before they can become widely established,” San Mateo County Agricultural Commissioner Fred Crowder said in a statement.

The invasive bugs behave like regular fruit flies, but are considered a threat to native wildlife. San Mateo County currently has over 4,250 “exotic pest detection” traps countywide. Other bugs in the category include the gypsy moth, Japanese beetle, and a range of non-native fruit flies.

According to county officials, exotic pests usually hitchhike on fruits and produce transported illegally from other countries. The two counties, the state Department of Food and Agriculture and the U.S. Department of Agriculture will assess the bugs’ spread and use organic pesticide for extermination.