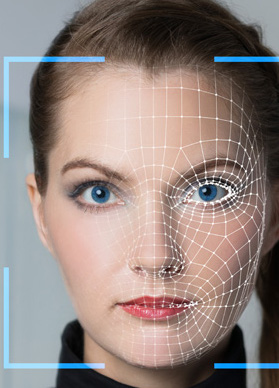 A proposal by Oakland City Council President Rebecca Kaplan to ban the use of facial recognition technology will be discussed at the council’s Public Safety Committee on Tuesday. If the committee approves the ban, it would be brought before the full city council July 9.

The San Francisco Board of Supervisors voted on May 14 to make their city the first in the United States to bar public agencies from using facial recognition technology.

Kaplan said a Microsoft researcher has described facial recognition as “toxic” and called for it to be “banned for almost all practical purposes.”

“Face recognition systems rely on biased datasets with high levels of inaccuracy and lack standards around its use which has already led to misidentification and manipulation of data.”

She continued, “The invasive nature of this technology has also resulted in government abuses, including its use to persecute Muslims in China and police accountability activists in Baltimore.”

Kaplan said, “I welcome emerging technologies that improve our lives and facilitate city governance, but when multiple studies show a technology is flawed, biased, and is having unprecedented, chilling effects to our freedom of speech and religion, we have to take a stand.”

She said, “It is important to build trust and good relationships between community and police and to remedy racial bias, however, this flawed technology could make those problems worse.”

“The right to privacy and the right to equal protection are fundamental and we cannot surrender them.”

In addition, Kaplan said facial recognition technology “disproportionately misidentifies darker-skinned women.” She said a 2018 report by the Massachusetts Institute of Technology Media Lab concluded that facial recognition systems worked best on white males and failed most often with the combination of female and dark-skin individuals, with error rates of up to 34.7 percent. Kaplan said in another test by the American Civil Liberties Union, Amazon’s Rekognition face surveillance software misidentified 28 members of Congress as criminals.

According to Kaplan, the Oakland Privacy Advisory Commission voted unanimously to approve an amendment that categorically prohibits the use of facial recognition technology.

The Public Safety Committee meeting is scheduled to begin at 6 p.m. on Tuesday in the council’s chambers at 1 Frank Ogawa Plaza in Oakland.