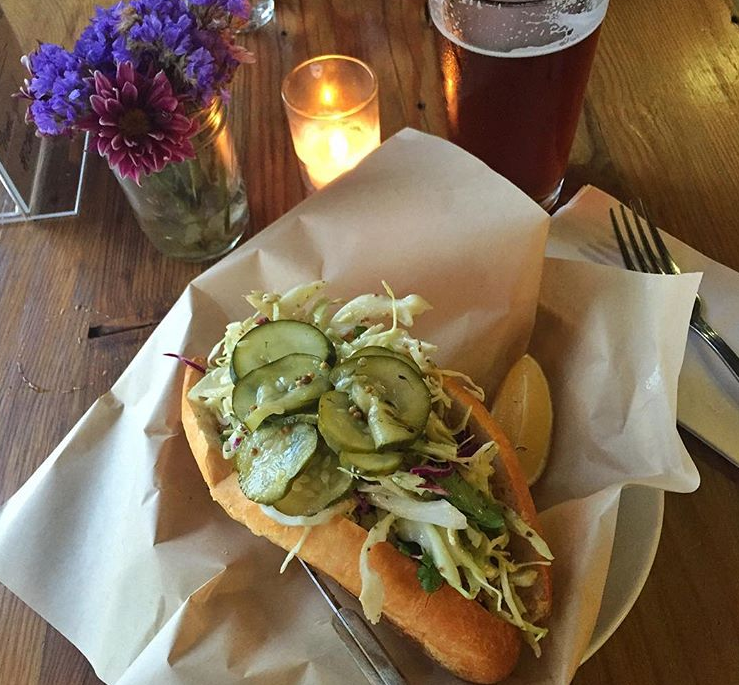 A meal at The Cook and Her Farmer at Swan's Market

As I secretly hid my screen from my boss while I watched the final 5 minutes of the USA vs. Sweden game of the Women’s World Cup, I got to thinking about some of the best meals I’ve had in the East Bay and the strong women behind those restaurants. Much like the women of sports, the women of restaurants and fine dining are fighting against inequality, under representation, and the gender pay gap.

A couple of days ago, the list was announced for the World’s Best Restaurants, numbers 51-120. On that list of 70 restaurants, only six had a woman at the front of the kitchen. That meager 8.57% is what the judges are calling a “female forward” list. Come on now, I think we can do better than that. My only hope is that percentage somehow magically increases when they release the full list next week in Singapore.

The only silver lining in this little rant, is that the Bay Area is lucky to have some incredibly talented and kick-ass female chefs (hello, Alice Waters and Dominique Crenn). While my list falls short in counting all the talented ladies running kitchens in the East Bay, here’s a couple of my long time favorites:

My mom is from Kentucky, which means she knows good fried chicken, that’s just a fact. So, when my mom tells me that the rosemary fried chicken at Minnie Bell’s is finger lickin’ good, that’s just a fact. The chicken is brined for 24 hours in buttermilk, hot sauce, and fresh rosemary, then dredged in flour and fried with even more rosemary. Yes, the chicken might be the star dish but you can’t forget about the sides at Minnie Bell’s, the cornbread is massive and the mac and cheese has that nice carmel crust on the top. I’m drooling over this meal just thinking about it.

Sometimes overlooked because of its funky location next to 880, Nido is “a hidden in plain sight” gem of a restaurant. The energy is fresh and vibrant the moment you walk through the doors, and the food is just as energetic as the aesthetics. Come for the food (I like the pork carnitas!) but stay for the mezcal cocktails.

As the name would suggest, the cook at this Swan’s Market establishment is a woman and the farmer is her husband. The menu is described as having a “California soul food attitude”, drawing inspiration from the coast and ingredients from organic farms. With a little something for everyone – salads, burgers, mussels, to grilled cheese – this spot is perfect for a casual lunch or dinner. It’s best when dined during a nice day so you can enjoy the outdoor patio of Swan’s Market.

Ollie Ramsey loves to eat. Her passion for food extends into her career as a marketing professional in the packaged food industry. For more of the best food in the East Bay follow @eastbayeats on Instagram.