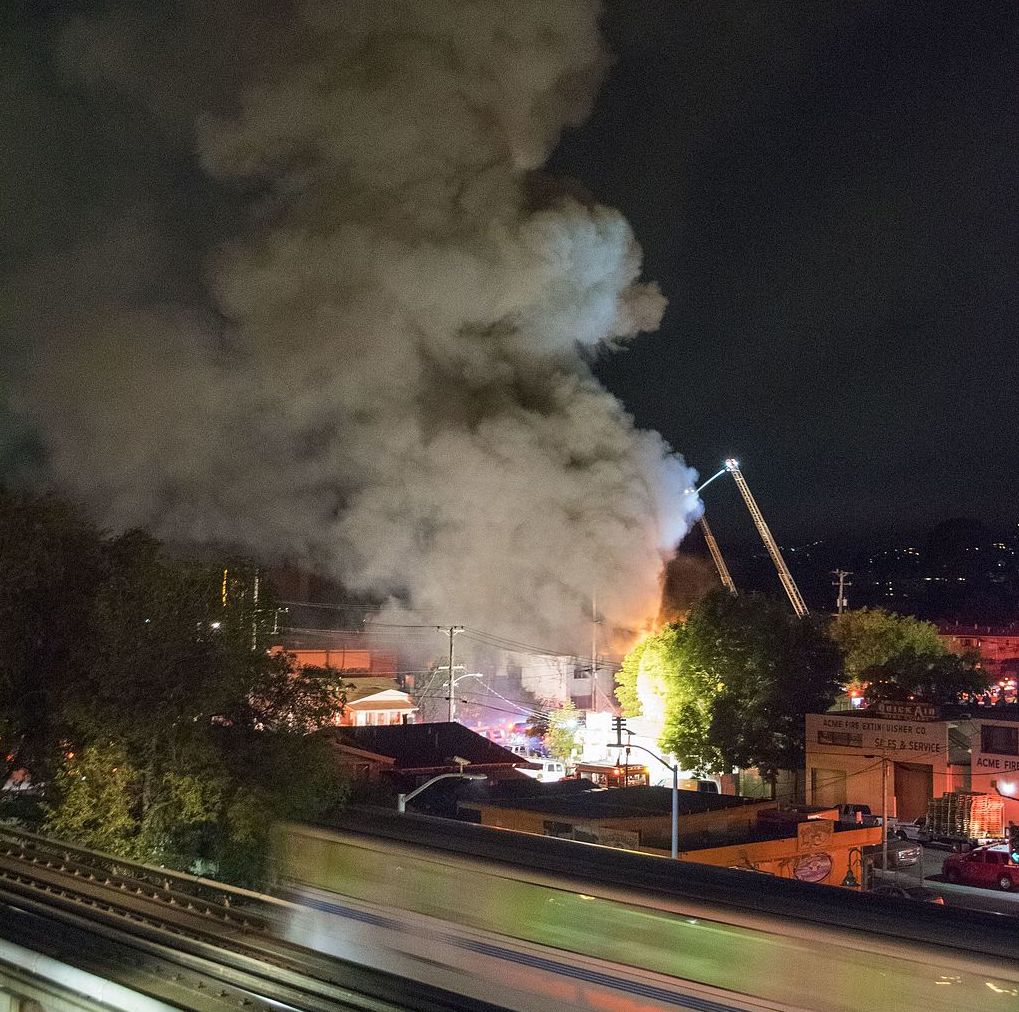 Defense attorneys for two Ghost Ship warehouse leaders presented four witnesses on Thursday aimed at proving their contention that Oakland fire officials knew about the conditions at the building where a fire killed 36 people in 2016 but didn’t do anything about them.

Warehouse master tenant Derick Almena, 49, and creative director Max Harris, 29, are each charged with 36 counts of involuntary manslaughter for the deadly blaze at a music party at the warehouse in the 1300 block of 31st Avenue on the night of Dec. 2, 2016. Alameda County prosecutors allege that Almena and Harris are criminally responsible for the fire because the partygoers didn’t have the time or opportunity to escape the blaze since the warehouse didn’t have important safeguards, such as fire sprinklers, smoke alarms and lighted exit signs.

They also allege that Almena and Harris violated the terms of the warehouse’s lease by turning it into a living space for up to 25 people and hosting underground music parties there.

But defense attorneys allege that government officials, such as police officers, firefighters and child service workers, are at least partly responsible for the blaze because they all toured the warehouse before the fire and failed to report it for dangerous conditions. Former Ghost Ship resident Olivia Prink testified on Thursday that at least one Oakland firefighter entered the warehouse for a few minutes on Sept. 26, 2014, while firefighters were investigating an arson fire on a couch on the sidewalk outside the building and were given a tour by Almena.

Almena’s lawyer Tony Serra called Prink to the witness stand to try to contradict the testimony of former Oakland Acting Assistant Fire Marshal Maria Sabatini, who said on May 21 that she didn’t go inside the warehouse when she investigated that fire because the damage to the building was “relatively superficial” and there wasn’t any damage to its interior.

Joe Rodriguez, a friend of Almena’s since Almena was a child, said he was staying at the warehouse at the time of the 2014 fire and at least five or six firefighters, including one woman, who responded to the blaze came inside and were shown around by Almena. Rodriguez also said that a group of firefighters came to the warehouse for a pig roast the day after the fire and took pictures of the building because they were impressed with all of the artwork it contained.

Tony Altieri, who said he flips houses for a living and did some construction work for Almena even though he didn’t have a contractor’s license, said he also was at the warehouse at the time of the 2014 fire and three or four firefighters came inside the building. Altieri said the group of firefighters, including at least one woman, wound up dancing in Almena’s bedroom and “it was really mellow.”

Oakland fire Lt. Salvador Garcia III said he went with his wife to a Christmas party that was held at the warehouse in 2014 for teachers, including his wife, who worked at a school in that area in the city’s Fruitvale district. Garcia said the party for about 20 people was held on the building’s second floor and “there was nothing there that made me feel unsafe.” However, Garcia said he went there in civilian clothes and was there strictly for the party and didn’t conduct any safety inspections.

The trial for Almena and Harris, which is expected to continue until at least late July, will resume on Tuesday.