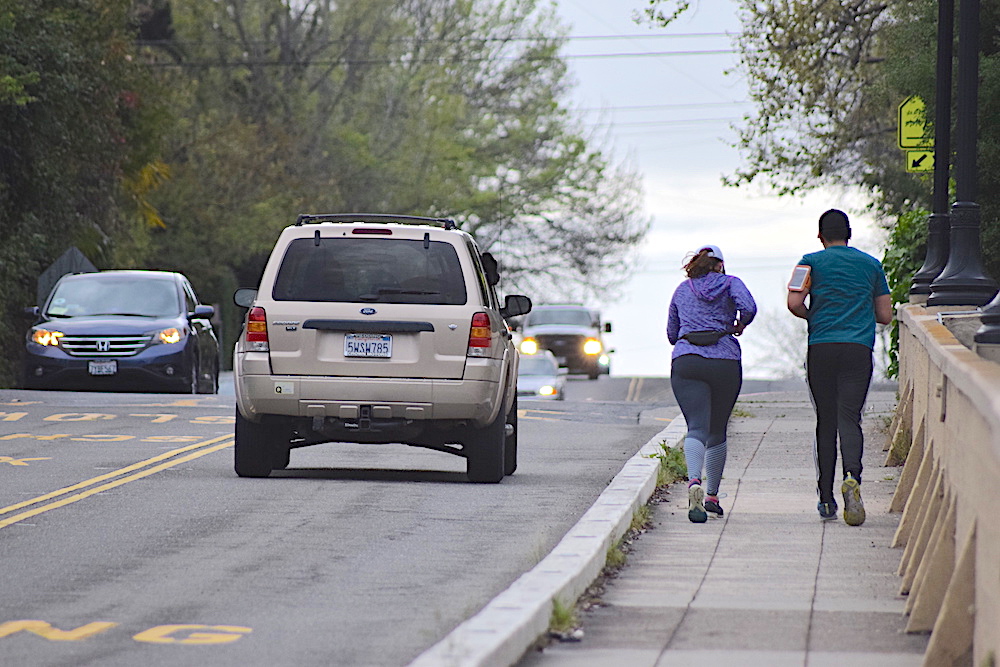 The City Council approved a contract for the installation of steel railings on the Oakland Avenue bridge between the sidewalks and the traffic lanes, a move city officials believe will improve safety for drivers, bicyclists, and pedestrians.

On Monday, the council awarded a $343,369 contract to the San Rafael-based Valentine Corp., the lowest of four bids, to provide and install the approximately 720 feet of railings. That is less than the original $398,500 estimate for that work.

Of that total, $208,000 will come from a Congestion Management Agency (through the Alameda County Transportation Commission) grant of $208,000. The ACTC grant comes with some conditions, one of them being that Piedmont would cover any prospective cost overruns.

The City of Piedmont is contributing $207,000 to this project, coming from several local funds. Work is set to start in late summer or early fall.

The total project cost was set at about $414,000, which includes a 10 percent construction contingency, and construction management and inspection costs.

Currently, the only thing separating pedestrians from vehicles are eight-inch curbs on both sides of the bridge. The railings are expected to not only prevent pedestrians from entering the traffic lanes and vice versa, but also to “visually narrow” the roadway, and perhaps force bridge drivers to slow down. Public Works Director Chester Nakahara conceded that the old bridge was not designed with modern clearances in mind, and that the railings will make it a tight fit for vehicle traffic.

With the top of the railings themselves to be 42 inches above street level, several council members asked Monday night — as they did on April 1, when this project was last discussed — about the possibility of some side-view mirrors being claimed by the railings. City staff said there will be no guarantees, but added that the width of the existing roadway isn’t shrinking.

And Nakahara noted that there will be room for the city’s fire engines to pass, which should give private vehicles plenty of room.

Council members on Monday night praised Vice Mayor Teddy Gray King, who was absent from Monday’s council meeting, for her work as Piedmont’s point person in working with the Alameda County Transportation Commission to obtain the $208,000 matching grant to pay for the railings. The railings had been identified as a “high priority projects” in the city’s Pedestrian and Bicycle Master Plan.