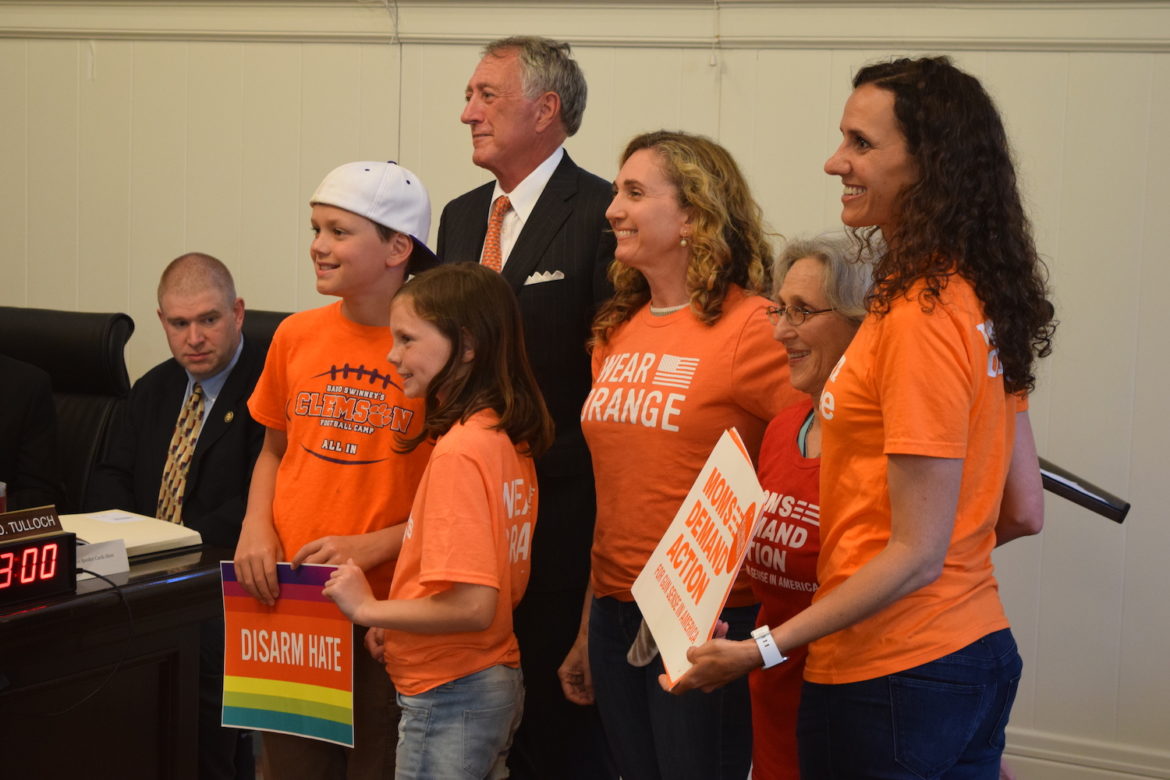 Among the hundreds of orange-wearing supporters of increased gun safety who marched across the Golden Gate Bridge Saturday were a group of Piedmont residents — a clutch of whom helped the Piedmont City Council formally observe Gun Violence Awareness Day (which was June 7).

“It’s wonderful to see that our city is participating in this endeavor,” said Joan Hoffman, one of a small group of Piedmonters to received a formal proclamation from Mayor Robert McBain at the June 3 council meeting. Hoffman is a volunteer with Moms Demand Action for Gun Sense in America, which is part of Everytown for Gun Safety.

Among those on hand to receive the proclamation were Amy Maidenberg, also a volunteer with Moms Demand Action for Gun Sense in America, and Erin Dando, deputy national organizing director for the organization.

“This is a serious public health issue, and we appreciate that Piedmont is becoming part of the solution.”

Many of those supporters, and others, took part in rallies and other public actions this past weekend related to National Gun Violence Awareness Day — many of them wearing orange, the color hunters wear in the woods to protect themselves and others, to emphasize the importance of human lives.  Several hundred of them from around the Bay Area marched across the Golden Gate Bridge Saturday, wearing orange, pleading for reformed gun safety laws in this country.

They wore orange to the City Council presentation, too. And though wearing a suit, Mayor Robert McBain made sure to wear an orange tie on this night.

The whole scene made Dando happy.

“I don’t have total numbers on Piedmont participants for the bridge march, and likely won’t for several days, but my carpool was full with three Piedmont families represented.”