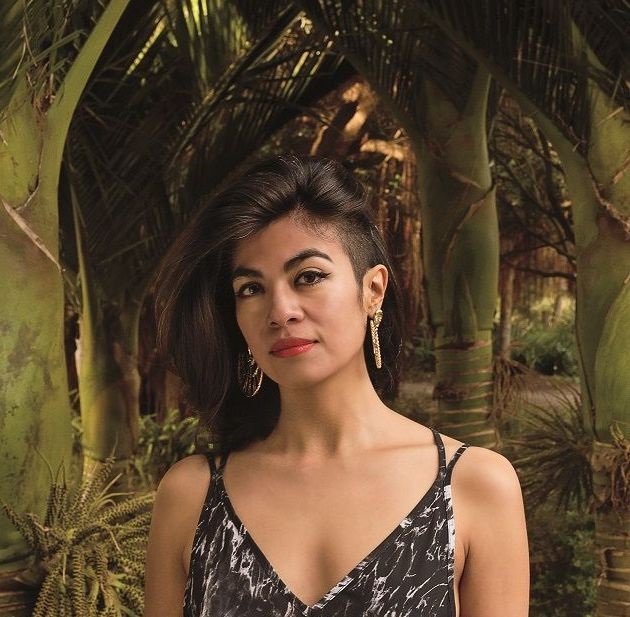 • Getting lit with the lit crowd: Wouldn’t it be a kick to attend a lively, some would even say frisky, gathering in a semi-funky venue where the cocktails are freely flowing and many of the partygoers are bright, engaging people with some amazing stories to tell? Well, that would be the upcoming monthly installment of Writers With Drinks, the brainchild of San Francisco speculative fiction writer Charlie Jane Anders, who has been hosting these supercharged sessions with comedy, fantasy, sci-fi, mystery, erotica and other authors for more than a decade now. This month’s theme is Latin night, and the participants include Bogota-born Ingrid Rojas Contreras, author of “Fruit of the Drunken Tree”; Bay Area comedian Marga Gomez; “The Tower of Antilles” author Achy Obejas; poet, radio host and “The Molotov Mouths” word troupe founder Josiah Luis Alderete and poetry radio show host and author Rachelle Escamilla. They’ll be holding court under the disco ball at the Makeout Room, 3225 22nd St., San Francisco, from 7:30 to 9:30 p.m. on June 8. Tickets, $5-$20 on a sliding scale, with proceeds benefiting Border Angels, www.writerswithdrinks.com.

• The a cappella champs: Bay Area-based, but world-renowned, the 12-man a cappella ensemble Chanticleer is treading sacred ground this weekend — with their glorious voices if not their feet. For their season-closing programs, titled “Sacred Ground,” these gifted guys are presenting a wide variety of sacred music, spanning the age of the Renaissance polyphonist Palestrina to the modern era of Paul Schoenfeld, from whom Chanticleer co-commissioned the 1995 Four Motets. In addition to works  by Tomás Luis de Victoria, Francisco Guerrero and John Dunstable, the Grammy-winning group will also perform some traditional folk songs and spirituals. You can hear them at 8 p.m. June 8 at St. Mark’s Lutheran Church in San Francisco, and they also have concerts the following week in Sacramento, Santa Clara, Berkeley and Belvedere. Check it out at www.chanticleer.org. Tickets, $10-$60, are at 415-392-4400 or www.cityboxoffice.com.

• “Kiss My Aztec!”: The multitalented and very funny John Leguizamo is back in the Bay Area, but not as a performer. He’s written a new stage musical comedy with Berkeley Repertory Theatre artistic director Tony Taccone that sounds like a mix of Monty Python and Culture Clash, with a silly love story thrown in the middle of an Aztec rebellion against the Spanish conquistadors. It plays in its world premiere production through July 14 at Berkeley Rep’s Roda Theatre; $40-$115 with discounts for theatergoers under 35; 510-647-2949; www.berkeleyrep.org.

• “The Last Black Man in San Francisco”: Director Joe Talbot and actor Jimmy Fails — both Bay Area natives — teamed up on this film that showers love on their hometown and warns us that economic pressures are robbing the Bay Area of much of its soul and character. After winning awards at the Sundance Film Fest earlier this year, it opens this weekend in Bay Area theaters.

• Béla Fleck: The all-world banjo player has immersed himself in so many compelling projects and collaborations — with Chick Corea, Jean-Luc Ponty, Stanley Clarke, and his equally talented banjo-picking wife Abigail Washburn — that it’s easy to forget that he hasn’t done much lately with his seminal band the Flecktones. That’s all changed, as the original Flecktones lineup is on the road to celebrate the group’s 30th anniversary. They land at Oakland’s Fox Theater at 8 p.m. June 7. Tickets are $45-$65 at apeconcerts.com.