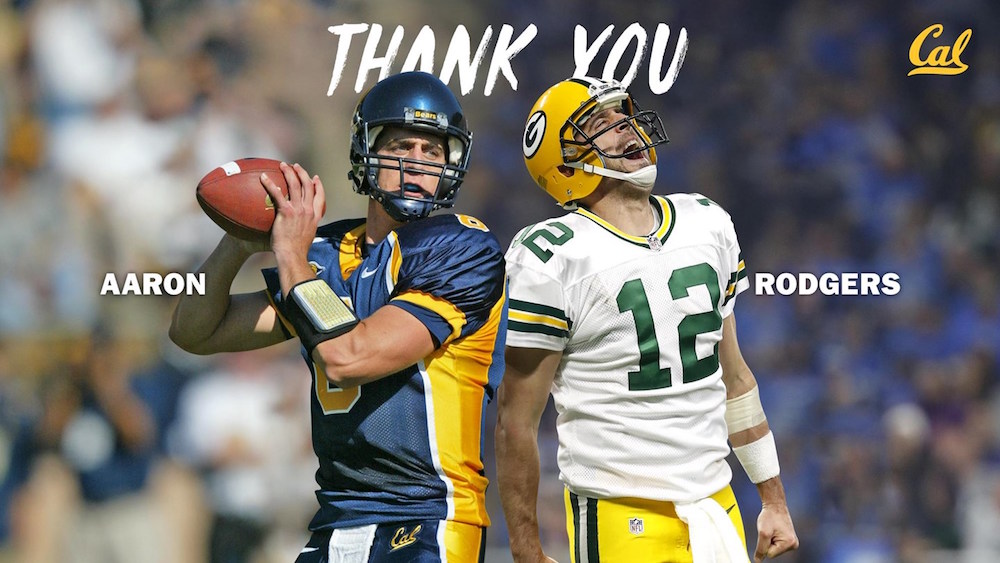 University of California at Berkeley announced Tuesday that former Cal quarterback Aaron Rodgers has made a seven-figure donation to the school’s football program. Rodgers’ contribution will be used to renovate the football locker room and create the Aaron Rodgers Football Scholarship, which will be awarded to an athlete transferring from a junior college, according to the university.

Rodgers himself came to Cal after he spent one season at Butte College near his hometown of Chico following his schooling at nearby Pleasant Valley High School. The football locker room will be renovated this summer in time for the 2019 season, and will be renamed the Aaron Rodgers Team Locker Room.

“What Aaron Rodgers is doing for our team is an absolute blessing,” current Cal quarterback Chase Garbers said in a news release. “For a man who will go down as one of the greatest football players to ever play the game, to make a contribution to our program of this magnitude is incredible. As Cal student-athletes we are so thankful for what he is doing.”

Dr. Paul White, an expert in ambulatory anesthesia and pain management who graduated from the school with the class of 1968, also contributed a six-figure donation to the project, according to the university. White and his wife Linda were involved with the renovation of California Memorial Stadium and the establishment of the Paul F. White Sports Medicine Complex at Haas Pavilion.