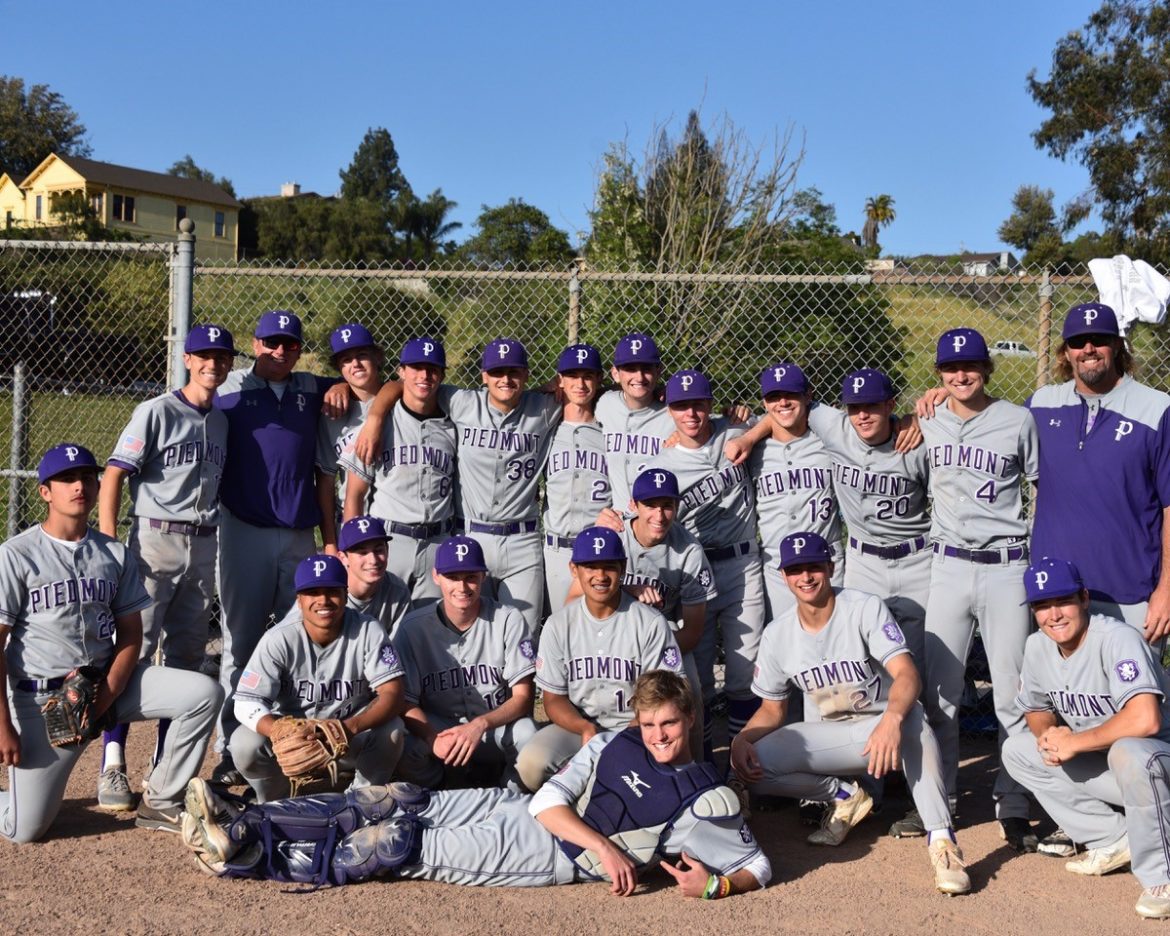 Despite a disappointing result in the NCS playoffs, the 2019 Highlanders had a historic season. They finished 16-9 after the 3-1 loss to eventual Divison 4 NCS champions Arcata. But the outright West Alameda County Conference (WACC) regular season title, featuring wins over Alameda, San Leandro, Castro Valley, and WACC-Foothill chaps Arroyo, set a high bar for future teams.

Highlights of the 2019 campaign include, in rough chronological order:

A 12-run inning for a comeback victory over Castro Valley

Home runs by Kyle Spanier, Joe Sassi, and Lucas Derr, with Derr’s tying St. Mary’s in the top of the 7th inning

A 6-run 6th inning for a comeback victory vs. St. Joseph’s

Ryan Fitzgerald spinning a 2-hit gem for a victory over Alameda, while the offense played small ball to win.

Coming back from 5 runs down to Encinal for the win.

An extra inning win vs. San Leandro, and Alex Hilton getting the win in relief and Cal Barna throwing out two runners in the game.

After the NCS game, the Highlanders gathered to celebrate the season. Coaches Eric Olson and Steve Thobe praised the team for its strong play and sportsmanship, and handed out several awards:

Sassi, a three-year varsity starter, led the team with 25 runs scored and 17 steals. He played a strong right field too, with two assists and no errors.

Settlemier tied for the team lead with two outfield assists. He hit over .400 too, and was in the top three on the team in hits, runs, and RBIs.

Levinson, a two-year varsity starter, hit over .400, led the team in RBIs with 21, tied for most hits with Spanier at 32, and was second to Sassi in runs scored.

Fitzgerald, a three-year varsity pitcher, proved that won-loss record doesn’t necessarily mean much. He finished with a 1.60 ERA in 35 innings pitched against Piedmont’s toughest competition, including Alameda, Berkeley, O’Dowd, and Arcata.

Smith returned to baseball after a year off, and was a vocal presence in the Piedmont dugout when he wasn’t catching, playing second base, or pinch-running.

Sanders made his mark at shortstop and at the plate, hitting over .360 for the season.

Despite not getting as much playing time as they would have liked, Dixon and Parker were strong veteran presences on the field and in the dugout for a team with several younger players.