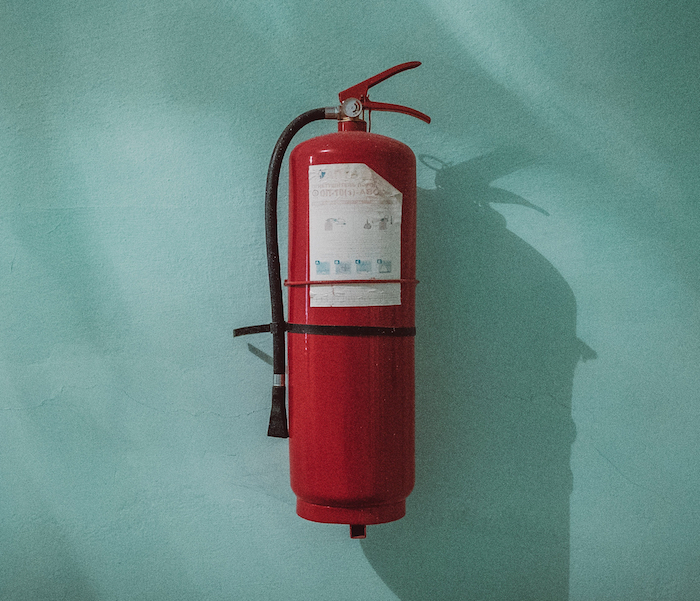 Ghost Ship warehouse master tenant Derick Almena didn’t take fire safety issues seriously, according to testimony by two witnesses on Tuesday in his trial on 36 counts of involuntary manslaughter for the 2016 fire that killed 36 people during a party at the Oakland building.

Katleen Bouchard, mother Nicholas Bouchard, who co-signed the lease with Almena for the warehouse on 31st Avenue in Oakland’s Fruitvale district on Nov. 10, 2013, said Almena, 49, “laughed at me” when she made suggestions for bringing the building up to code. Bouchard said that at her son’s request she did research on the Oakland city website on the rules for starting a business in older buildings such as the warehouse and also found information on getting grants for buildings used for artistic purposes.

But Bouchard said Almena didn’t take her seriously when she, her son and others met with him at a food court in Emeryville in late 2013 and she explained the permitting process and offered to make phone calls to city agencies.

Bouchard said Almena told her that her approach was “conventional” and “he wanted to do things his way.”

Electrician Robert Jacobitz, in testimony that was read aloud by veteran Alameda County prosecutor Butch Ford because Jacobitz died suddenly on May 5, said he considered the warehouse to be “a death trap” because of all the electrical problems it had. In his testimony in December 2017 in the preliminary hearing for Almena and co-defendant Max Harris, 29, who was considered to be the Ghost Ship’s creative director, Jacobitz said that when he told Almena that the electrical system at the warehouse was a fire hazard, “I really don’t think he took it seriously.”

Jacobitz said Almena contacted him the day after he moved into the warehouse because Almena had blown out the building’s power when he plugged in some musical equipment. Jacobitz said he did “electrical troubleshooting” for Almena and installed security lights at the warehouse but said he mainly did small jobs because he wasn’t a licensed contractor and couldn’t charge more than $500 for individual jobs.

Jacobitz also said that Almena “never had the money” to correct all the warehouse’s electrical problems.

Prosecutors allege that Almena and Harris are criminally responsible for the fire because there was no time and no way for the people at the party to escape since the warehouse didn’t have important safeguards, such as fire extinguishers, smoke alarms and exit signs. Prosecutors also say Almena and Harris violated the terms of the warehouse’s lease by turning it into a living space and hosting underground music parties there.

But attorneys for Almena and Harris allege that the fire was an act of arson that they couldn’t have prevented. Defense lawyers also say the people most responsible for the fire are the warehouse’s owners and Oakland firefighters and police officers who they say knew about the dangers there and didn’t take action to remedy those dangers.

Alameda County Superior Court Judge Trina Thompson said at the end of the day on Tuesday that the prosecution has nearly finished presenting its case and that the trial, now in its fifth week, is ahead of schedule.