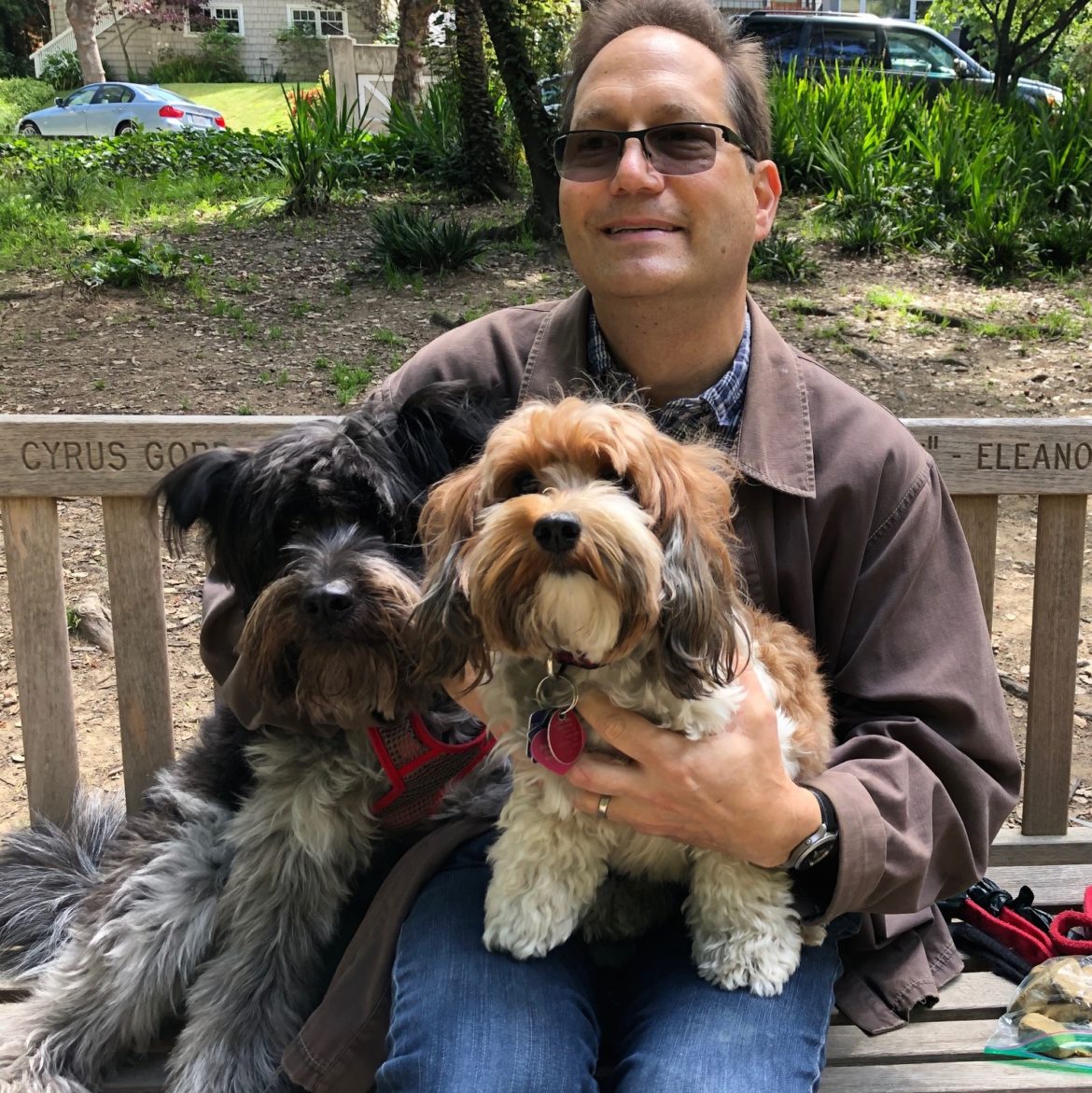 Jonah Levy with Hapa and Bagel

Breeds: Bagel is a Havanese. Hapa is 20% each of Australian Cattle dog, Cocker Spaniel, Miniature Poodle, and German Shepherd, with some Chow, Shih Tzu, and Pekinese thrown in.

Adoption story: We got Hapa at 8 weeks, and adopted Bagel a little less than one year ago. We have friends who were fostering a dog for the Milo Foundation and decided to keep her. When they sent her off to be spayed, it turned out that she was pregnant. Hapa was one of her six puppies. (Five were placed with Piedmont families!) We got Bagel from another family who was finding her a bit too much to handle. Hapa and Bagel knew each other from the park and always played well, so we figured they would do well together. They are definitely each other’s best friend, and Hapa is very protective of her little sister.

Likes: Hapa has habit of squealing and whimpering with delight when you come home, greeting you like a long lost friend, even if you have only been gone for an hour. Bagel loves to be petted on her head: she comes up to you, puts her head under your hand, and flips your hand repeatedly with her head to get you to pet her.

Interesting facts: Hapa is Hawaiian for “half.” It is commonly used as a nice term for a mixed-race (usually Eurasian) child. Since the puppy was black and white, we named her Hapa.

Anything else we should know: My wife is Taiwanese American and I am Jewish. We try to have pairs of pets named for both demographics. We used to have two chinchillas whom we named Challah and Shumai. Hapa reflects the Asian tradition, so we named the new dog Bagel.