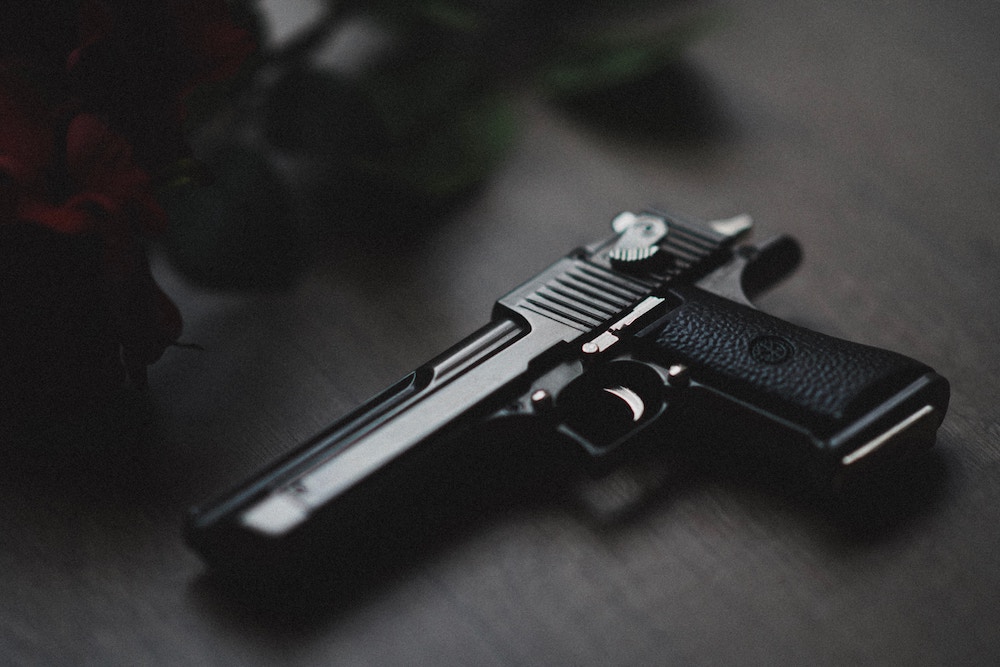 Once, at a house party in New Orleans in the late 1990s, on a balmy summer night, a loud, attractive woman whipped a handgun out of her purse.

I don’t remember why she wanted to show us her small silver handgun except as some act of boldness or drunkeness or both.  I felt the shock and fear in my body like an assault.

Which brings me to an eye-opening conversation about guns with a friend — a Piedmont resident and recent transplant from Australia, also mother of two small children, who moved here in 2017.  They love the US, especially California and our access to the wild beauty of the coast and the Sierras. They love Piedmont for its focus on schools and its friendly, small-town feel. The one drawback of this country–the guns.  Like me at the New Orleans party, my Aussie friend is just plain scared, and she’d like us to do something about it.

Why can’t we be more like Australia? Aussie Mom’s country has virtually no gun-related deaths, an outcome of the “Port Arthur Massacre” in 1996, in which 35 people were killed by a gunman with semi-automatic weapons. Less than two weeks after the massacre, Australia passed laws completely banning semi-automatic rifles and shotguns.

Other restrictions on gun access quickly followed.  To buy a gun, you must present a “justifiable reason,” then pass a background check, and wait 28 days.  Since the laws were passed about one million semi-automatic weapons – roughly one third of the country’s firearms – were bought back by the government and destroyed, nearly halving the number of gun-owning households in Australia.

California might be more like our friends Down Under than any other state. California has some of the most restrictive gun laws in the country. And these policies work. Over the last decade and a half, the average annual homicide rate has fallen nearly in half in California, mostly in urban areas. Still, our state has plenty of gun-related violence: 24,922 homicides and 23,682 suicides from 2000-2015.

Piedmont is not immune from these numbers, and there have been several crimes involving guns in the last year.  Maybe scarier, however, is that 8% of seventh graders at Piedmont Middle School reported seeing a weapon on campus within that time.  And Piedmont police recently got involved when a high school student reported seeing another student with a handgun in their gym bag.

It only takes one gun in the hands of one upset person or one student recreating a violent scene from the movies or video games to create a disaster of unthinkable consequences for our small town.

My Aussie friend’s idea is to create a “gun free zone” in Piedmont employing any of the following practices:

OR — if you are a resident adamantly committed to having a gun in your home, here are two more ideas:

I can already hear people shouting about the Second Amendment! Sure, Australia has no constitutional right to “bear arms.”

But our Constitution protects a lot less gun ownership than most believe. Not until 2008 did the Supreme Court interpret the Second Amendment to mean that individuals have a right to have a gun in their home for self-protection.  As of now, there is no Constitutional right to carry a gun–concealed or otherwise–outside of your home whether in your car, or in your purse to a house party.  State and local governments have wide-ranging authority to restrict access to guns.

But my Australian friend doesn’t propose stricter governmental regulations — she proposing we take more responsibility ourselves. She’s asking for her friends, neighbors, and community members—the ones which together form such a vibrant and inclusive community—to voluntarily create a place where the emotional and physical safety of our family and neighbors is our absolute priority.

I say, let’s welcome our new community member and her simple gun-safety ideas she brought with her from Australia to Piedmont.

Shanti Brien is an educator, consultant, writer, and co-founder of Fogbreak Justice.