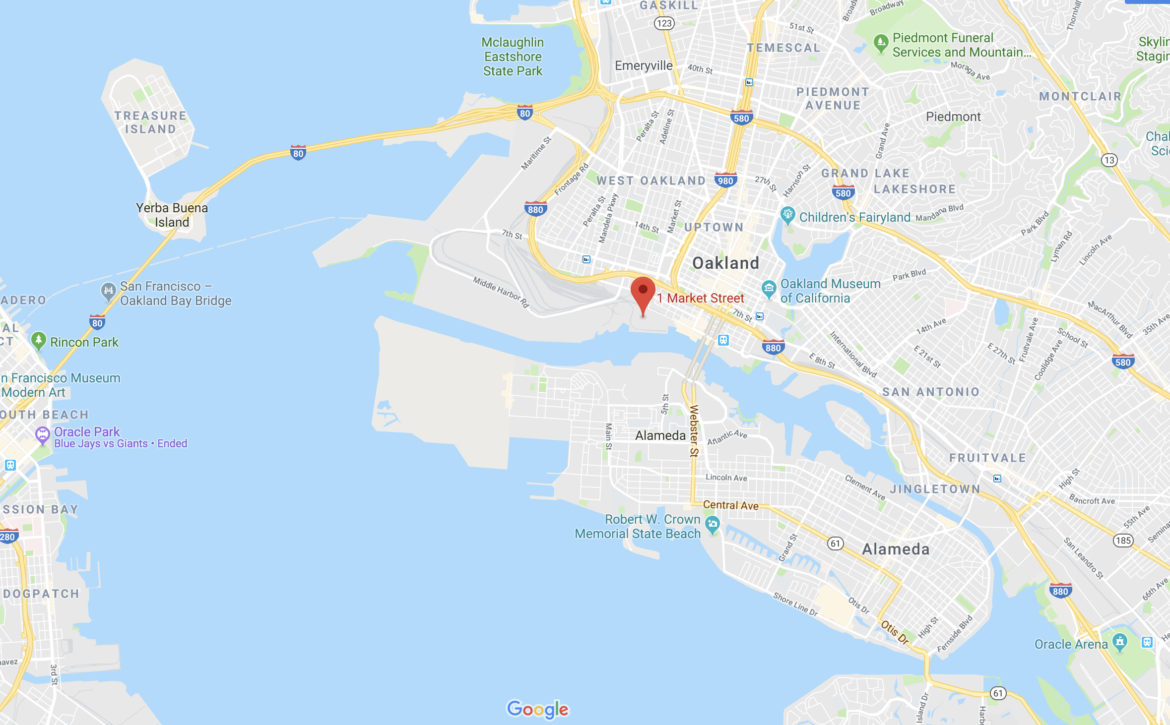 The Port of Oakland’s Board of Directors unanimously approved an exclusive negotiating agreement with the Oakland Athletics Monday afternoon, a move that may lead to the construction of a new stadium at the inactive Howard Terminal, over the objection of many port workers.

At stake is the future of a 50-acre property located at 1 Market St., near Jack London Square, as well as the future of the A’s in Oakland. The team’s previous efforts to secure space on the Laney College campus were opposed by many in the educational and activist communities, and the plan was eventually abandoned.

Dave Kaval, A’s president, has said this deal will generate an estimated $3 billion in economic impact for the downtown and West Oakland communities, as well as 5,000 jobs. Mayor Libby Schaaf called the vote a “historic moment” when Tweeting about the meeting Monday morning.

“I wholeheartedly support a privately financed ballpark that keeps our @athletics rooted in Oakland.”

Many stakeholders from the surrounding business community, as well as representatives from building trade unions, also spoke in favor of the proposed stadium during a lengthy public comment period that stretched on for several hours — even with speakers apportioned just one minute to address the board.

Organized labor was not, however, unanimous in its support. Members of the International Longshore and Warehouse Union Local 10 and the Marine Engineer’s Beneficial Association staged a protest outside the meeting with dozens of supporters gathered around a makeshift podium, arguing that putting a stadium so close to an active port would adversely affect their jobs while exacerbating traffic for truck drivers and sports fans alike.

Longshoreman and union-member Trent Willis framed the matter as a question of the stakeholders’ socioeconomic status.

“It just seems like when big business and rich people want something, all the rules and regulations are bypassed. When you pit poor people against rich people, a lot of times rich people get what they want.”

Dozens of longshoremen, and their supporters, voiced similar concerns during the meeting. “This is not a game,” said Clarence Thomas, a third-generation longshore worker. “This is people’s lives on the line. “This is about privatization, this is about displacement, but most importantly you’re talking about some of the most well paying jobs in the U.S.,” Thomas said. “This is a defining moment for you,” he added, pointing at the board. “And you’re going to be held accountable.”

The port’s approval of this agreement does not mean construction can begin any time soon, but it does establish a framework for further real estate negotiations and gives the A’s a timeframe in which to conduct a full-scale environmental impact review.

The Howard Terminal has not been used for loading and unloading ships since 2014.