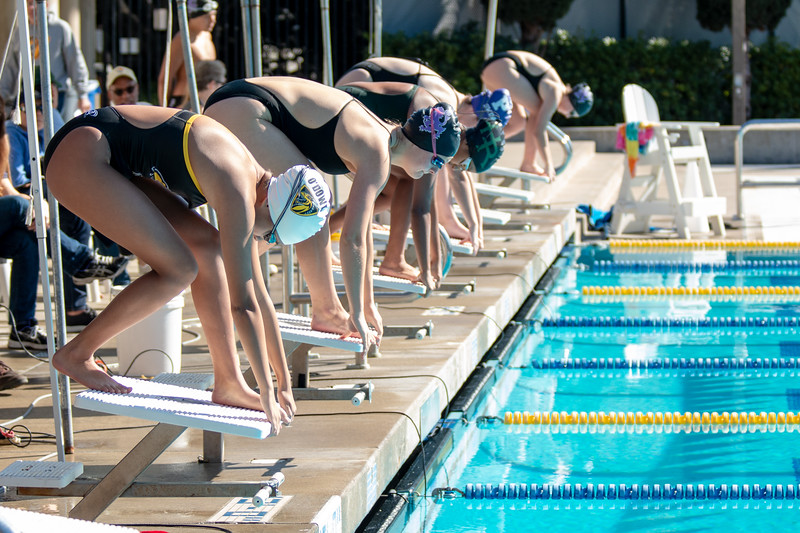 Piedmont High School’s swim team competed at the North Coast Section (NCS) Swimming and Diving Championships on May 3 at the Concord Community Pool. None of the Highlanders advanced to the finals, but several put up strong marks in the team’s final competition of the high school season.

Piedmont’s girls 200-yard freestyle relay team came the closest to qualifying for the meet’s final day of competition on May 4. The Highlanders recorded the 19th-best time of the day in one minute, 41.23 seconds, the same official time as Las Lomas had in 18th. However, Piedmont was placed below the Knights when the time was broken down to thousandths of a second.

The top eight teams in each event advanced to the finals and the next eight advanced to the consolation finals. The next two teams were listed as alternates, so the Highlanders just missed a chance to be on the alternate list.

Brian Wu was the only individual boy to compete for Piedmont, taking 26th in the trials with a time of 54.57. Wu also competed on two Highlanders’ relay teams. In the 200 freestyle relay, Piedmont had the 34th-best time in the trials at 1:33.98. Aaron Wu led off, followed by Kieran Linanne, Henry Saunders and Brian Wu.

In the 200 medley relay, the Highlanders were 36th in the trials in 1:44.89. That team included the Wus, Linanne, and Saunders.