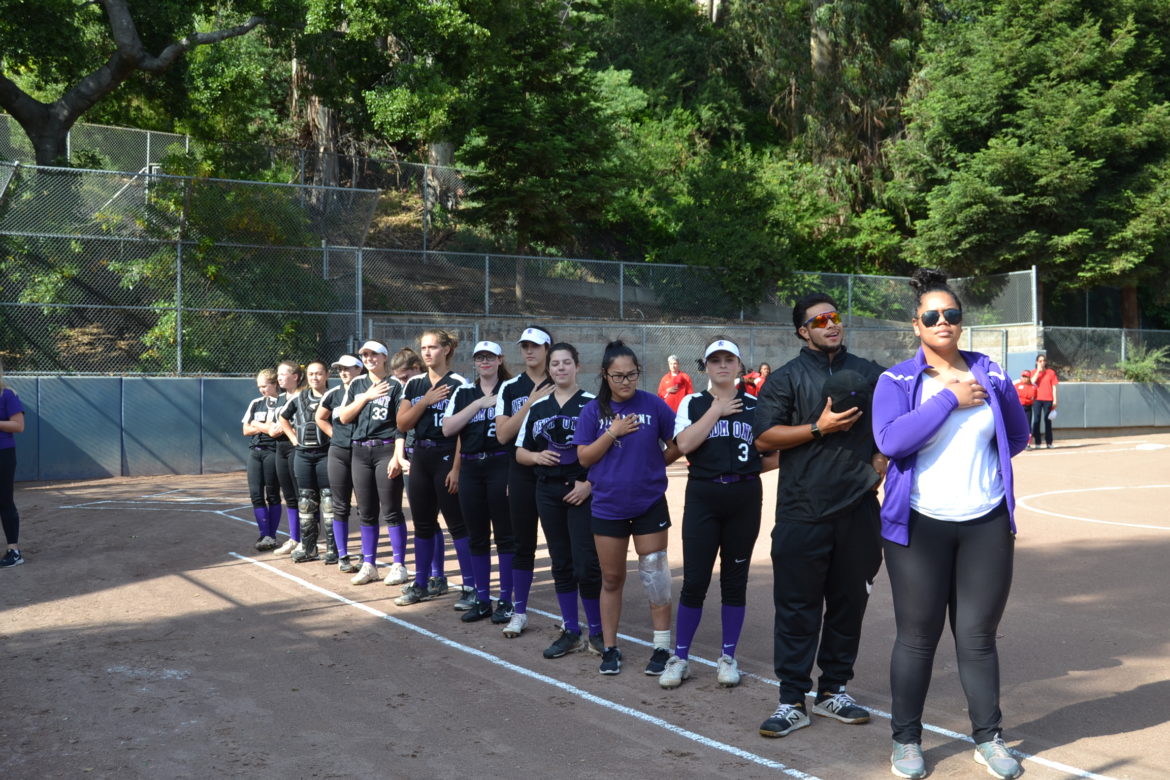 Ally Hersch threw a four-hit shut out, striking out 11 in the process, to lead Kennedy High School-Richmond to a 6-0 win over host Piedmont in the opening round of the North Coast Section (NCS) Division 4 playoffs on May 17.

The Eagles (12-7-1) advanced to a second round game at 2-seed McKinleyville.

The Piedmont-Kennedy game was originally scheduled for May 15, but was delayed two days by rain.

Kennedy took a 2-0 lead in the top of the first thanks to a walk, a hit, and two errors. Hersch promptly set the tone by striking out the side in the bottom of the first.

It stayed that way until the fourth when back-to-back-to-back doubles by Fatima Rodriguez, Ashanti Stricklen, and Reyzarria McMillon gave the Eagles two more runs. Rebeca Perez and Na’a Lutu knocked in runs in the fifth to make it 6-0.

Meantime, Hersch was keeping the Highlanders (7-13) at bay. Krya Gardner had a single in the second. Chiara Lundin singled in the fourth, and after a force out and an error, Piedmont had two on with two out, but Hersch recorded a strike-out to end the inning. Back-to-back singles to lead off the fifth by Rachel Elliott and Isabelle Epstein gave the Highlanders their best threat. But Hersch retired the next three batters to end the inning.

A walk and an error in both the sixth and seventh gave Piedmont a chance, but Hersch shut the door both times.

After the game, the Highlanders celebrated the season with an awards dinner. Recipients included: