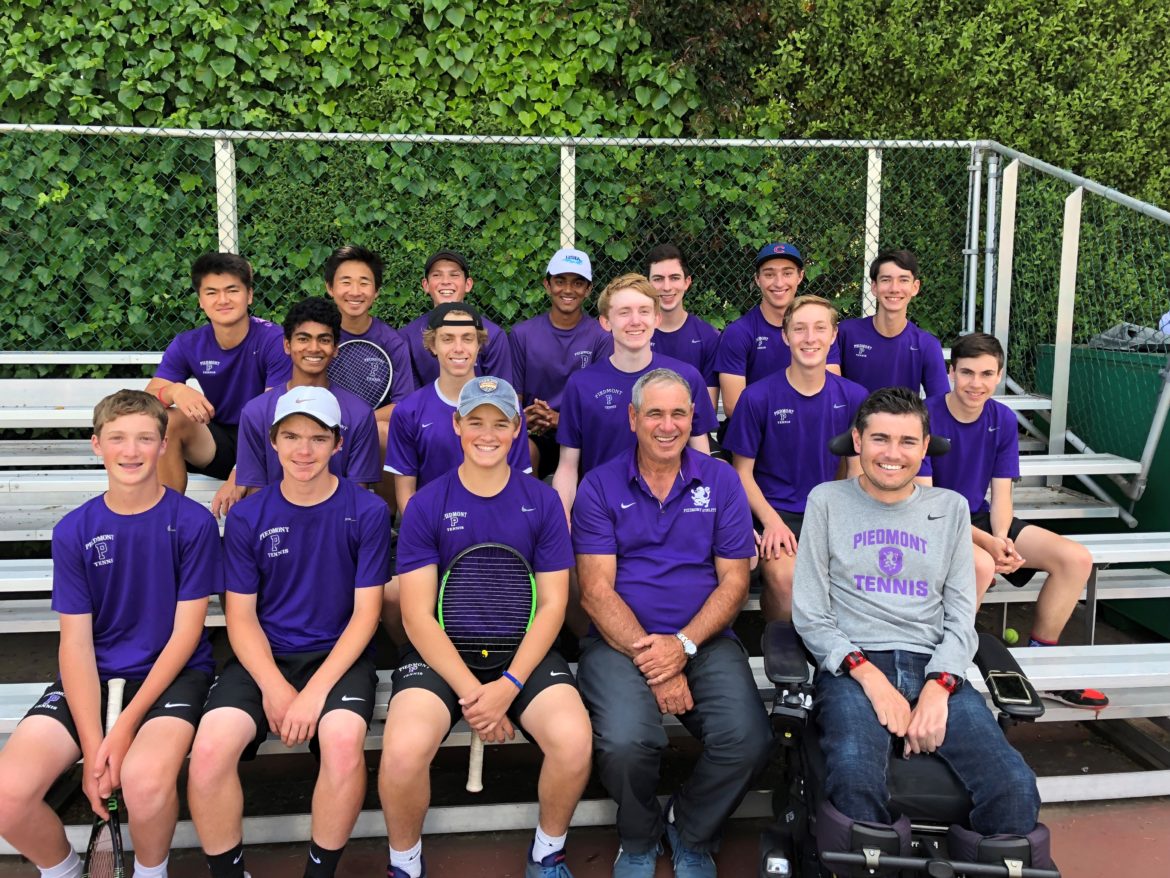 Charlie Lambert pulled out a dramatic win in the third set at No. 4 singles to help lead the Highlanders to a 4-3 win over visiting Sir Francis Drake-San Anselmo on May 9 in the second round of the North Coast Section (NCS) Division 2 team tournament.

Lambert’s win was key for Piedmont as the Highlanders lost the other three singles matches while sweeping the doubles. He beat Bjorn Puppin of the Pirates, 6-1, 2-6, 6-3. Piedmont coach James Landes said Lambert pulled it out thanks to “some big forehands and deep return of serves.”

Each of the Highlanders doubles teams won in straight sets. At No. 1, Will Wolfe and Sajan Srivastava defeated Kaden Brastow and Alex Ginsberg, 6-3, 6-1. At No. 2, it was Walker Mahany and Nick Lynn beating Chris Carlucci and Cole Wood, 6-4, 7-5. Akash Kothari and Alan Rossi won the No. 3 match over Josh Lee and Jacy Stephens, 6-2, 6-3.

Piedmont faced University on April 3 at University and lost 7-0. The Red Devils are the defending NCS Division 2 champions, having defeated Piedmont 4-3 in last year’s championship match.