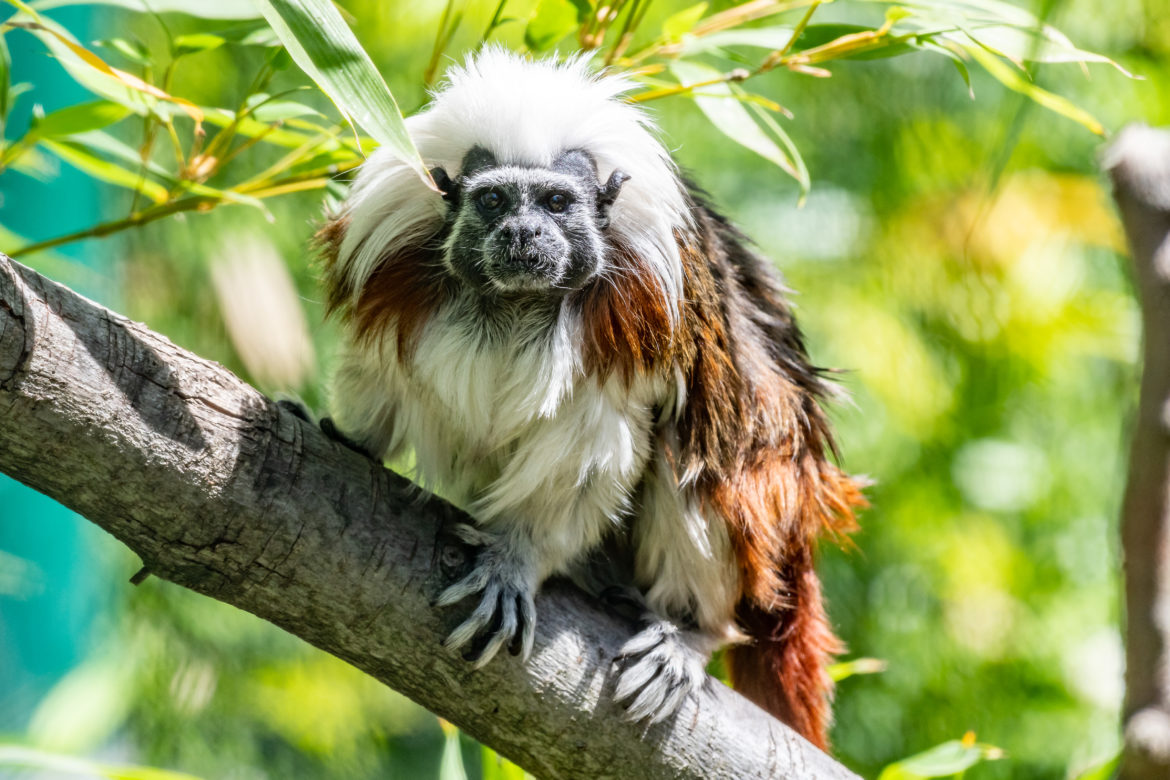 Alberto, a cotton-topped tamarin male from Lufkin, Texas, has been introduced to the female tamarin Electra, whose previous male companion tamarin Felix passed away last year.

The Oakland Zoo recently acquired a male monkey from a zoo in Texas as a new companion for a female one already at the zoo.

Alberto, a cotton-topped tamarin male from Ellen Trout Zoo in Lufkin, Texas, has been introduced to the female tamarin Electra, whose previous male companion tamarin Felix passed away last year. Alberto came to Oakland Zoo because he was experiencing “social challenges” with the group at his former zoo that zookeepers believed a move could resolve, zoo officials said.

According to the zoo, Alberto is adjusting well to his new environment and is learning from Electra about how to navigate the habitat. Zookeepers are currently optimistic that the match is a success and claim to have seen positive changes to Electra’s behavior since the newcomer joined her.

Cotton-topped tamarins are among the most endangered primates in the world. They weigh about one pound, are highly social, and are found exclusively in the tropical forests of northern Colombia. “Tamarins live in family groups in their native Colombia and they can become depressed if kept alone. Electra hasn’t quite been herself since Felix passed away and we are already seeing many positive changes in her behavior since being introduced to the new guy,” said Andrea Dougall, an animal keeper at the zoo.

The keepers are hopeful that the pair may breed and contribute to the species survival plan for tamarins, which was developed by the Association of Zoos and Aquariums to ensure the survival of a healthy population. According to the zoo, the greatest threat to the species is deforestation. The cotton-topped tamarin is also targeted by poachers to sell in the illegal pet trade.