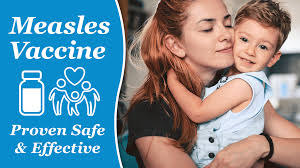 The city of Berkeley announced Friday that a resident has contracted measles. While the person is no longer contagious, city officials have advised anyone who visited Berkeley Bowl at 2020 Oregon St. May 7 from 3 p.m. to 5 p.m. who is not immune to look for the first stage of symptoms: runny nose, red eyes, cough, and fever.

The next stage involves a rash that typically appears on the face before spreading down the body. Measles symptoms start to show seven to 21 days after exposure and infected people do not show symptoms during the first four days of their most contagious period, city officials said. According to the city, the virus is easily transmitted, usually through a cough or sneeze that can linger in the air for up to an hour-at which time the risk of infection dissipates. Inhalation of the airborne virus reportedly infects up to 90 percent of those not immune.

City officials are urging certain groups to be particularly aware of potential symptoms, including unvaccinated children, unvaccinated adults born in 1957 or later, and those with weakened immune systems.