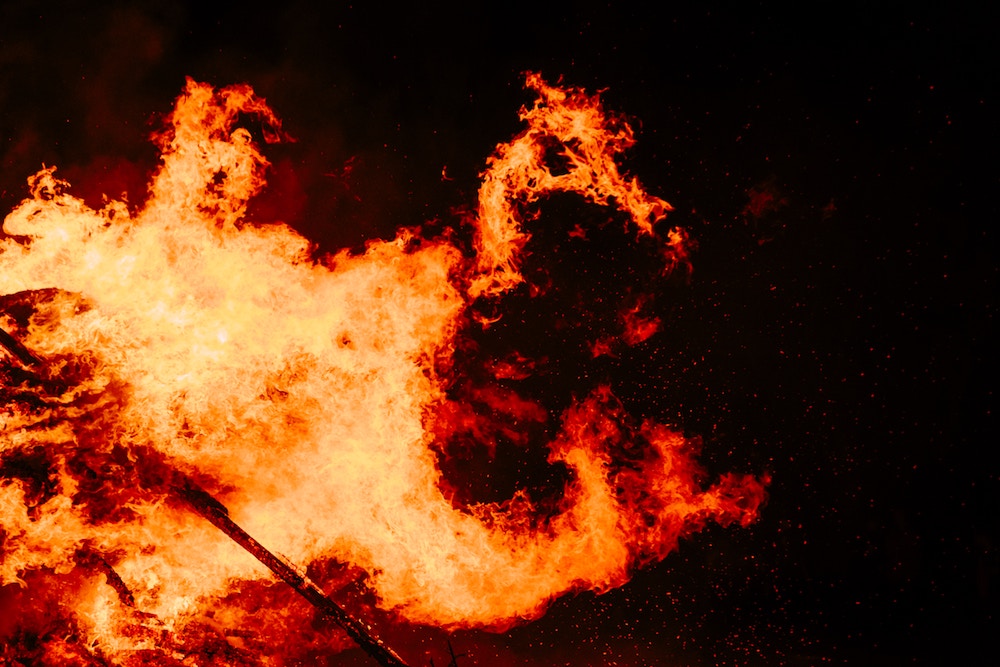 An Oakland fire battalion chief whose crew was the first to arrive at the scene of the fire at the Ghost Ship warehouse in 2016 that claimed 36 lives tearfully said on Wednesday that she and her crew did the best they could under difficult circumstances.

When attorneys for Ghost Ship warehouse master tenant Derick Almena, 49, and Ghost Ship creative director Max Harris, 29, accused her of not caring about the victims and leaving them to die, Heather Mozdean said, “I cannot think how we could have done anything any better.”

“There’s not a single thing we could have done to change the outcome. That’s so hard. I’ve gone over and over this in my head and I’m not sure there would have been a different outcome.”

Almena and Harris face 36 counts of involuntary manslaughter for the fire during a music party at the warehouse at 1309 31st Ave. late on the night of Dec. 2, 2016, one count for each of the 36 people who were killed in the blaze. Prosecutors allege that Almena and Harris are criminally liable for the fire because there was no time and no way for the people at the party to escape since the warehouse didn’t have important safeguards, such as fire extinguishers, smoke alarms and exit signs.

Prosecutors also say Almena and Harris violated the terms of the warehouse’s lease by turning it into a living space where up to 25 people stayed and hosting underground music parties there.

But defense attorneys for Almena and Harris allege that the fire was an act of arson that Harris and Almena couldn’t have prevented.

Mozdean, who was a captain at the time, was based at Fire Station 13 at 1225 Derby Ave., which is only about a block away from the warehouse. Mozdean said she and her crew were sleeping at the time the fire was reported but had their fire clothes nearby and were able to get their fire engine out the door in about 30 seconds and got to the fire while a dispatcher was still notifying other crews about the blaze.

She said as soon as her crew arrived at the scene, “There was enough smoke and volume and velocity to know that I had a significant fire,” explaining, “The greater the velocity, the angrier and bigger the fire is.”

Mozdean said the smoke was so thick, “I did think ‘this is bad’ and it made the hair on the back of my neck stand up.” Mozdean said she and her crew advanced about 40 to 50 feet inside the warehouse but had to turn around and leave the building after about 40 minutes because their air supply got low. She said, “It was pretty quiet when we entered the building” and “unfortunately” she didn’t hear anyone inside.

Mozdean also said the building was completely dark except for lights from crew members’ helmets. Other witnesses in the trial have testified that the electricity went out after the fire started. Mozdean said she didn’t hear any smoke alarms or see any illuminated exit signs or water sprinklers and said sprinklers would have been helpful “because they can hold a fire in check.”

Mozdean said, “None of us want to leave a building that’s on fire, we never want to give up, but I thought we don’t have a chance here.” She said when she got back outside the warehouse she called her battalion chief and told him, “We’re not getting anywhere and we should consider a change in strategy.”

Almena’s lawyer Tony Serra told Mozdean she should have found out if people were inside the warehouse before she and her crew entered the building. But Mozdean said it wouldn’t have changed anything if she knew people were inside because, “The quickest way is to get inside and look for victims and put the fire out.”

When Harris’ lawyer Curtis Briggs said, “You never bothered going to the second floor,” where the party was going on and where most of the victims died, Mozdean said, “I’m not sure I would have expected 36 people to be at a party” at the warehouse. She also said it was so dark that she never saw the stairs that led to the second floor.