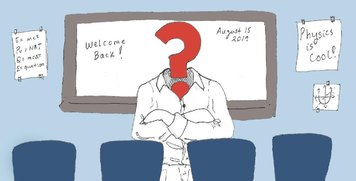 PUSD will not renew the job contracts for five current high school teachers. This change will be in effect starting with the 2019-2020 school year.

Math teacher Arthur Hogenauer, math teacher Michael Stewart, and three other teachers who prefer not to be named in this article will not be returning to their teaching positions in Piedmont.

Internal job listings can include both vacancies due to termination of contract, or high capacity within the subject.

The school district posts internal listings first, which are available to the staff within the district, vice principal Irma Muñoz said.

“We might have internal candidates that have the correct credentials and are interested,” Muñoz said. “If there’s no one in house, then it gets posted externally.” Applications for internal listings were due on April 2. External listings will be posted on edjoin.org.

According to the California Code of Education, school districts have until March 15 to inform temporary teachers, who have been teaching for two years or less, that their contracts will not be renewed for the following school year. The district does not need to provide a reason.

The school board finalized the decision to terminate contracts on March 27 and the information became public. The list of teachers whose contracts will not be renewed next school year can be found in the school board minutes from March 27.

Hiring teachers to fill these vacancies will be crucial so that students do not have to use an online education program like Edgenuity again. Having to adapt to a new teacher each year puts students at a disadvantage, sophomore Claire Lichty said.

“[With students and staff] there will be worry that we won’t be able to fill those positions,” English teacher Matthew Klein said. “Because it took a long time to fill the vacant physics and Spanish positions.”