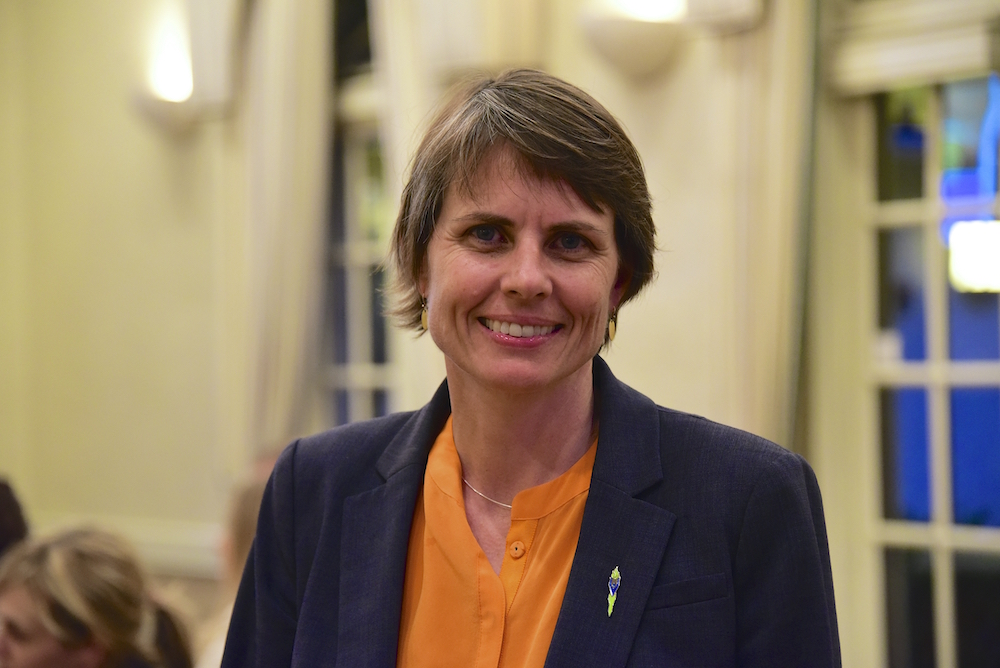 After an extensive recruitment process, which resulted in forty-three applicants, the City Council has selected Sara Lillevand to serve as Piedmont’s next City Administrator.

Ms. Lillevand currently serves as the city’s Recreation Director, a position to which she was appointed by the City Council in 2014. As a part of the city’s senior management team, she has worked on major issues facing the city, including facilities maintenance and planning. She was a key member of the team which managed the Hampton Park renovation project and developed the highly successful fundraising program to fund the renovations, which raised over $800,000.

Working collaboratively, she has been a leading member of the teams which developed conceptual master plans for the Community Pool, the Recreation Center, the Veterans Memorial Building, and Linda Park. In her four and a half years as Recreation Director, Ms. Lillevand has focused on increasing community engagement in Recreation Department programs. With community input, Ms. Lillevand also successfully reorganized the department’s Schoolmates program in response to changes in school schedules, allowing the program to continue to provide a high level of service
to residents while remaining revenue positive, and implemented new programs for middle school students and seniors.

“Sara is an ideal choice to serve as Piedmont City Administrator,” said Mayor Robert McBain. “Her leadership skills and dedication to the community are unparalleled. Her work as Recreation Director has shown that she can bring Piedmonters together to help our community move forward. Sara has been a leader and a trailblazer her whole life and we look forward to her continued leadership as Piedmont City Administrator.”

“I am honored and privileged to be given the opportunity to serve Piedmont as its next City Administrator,” said Lillevand. I thank Paul Benoit for his exceptional guidance and mentorship as well as the Council for its confidence in me. I look forward to serving the community with vision, integrity, and a commitment to engagement.”

The Council will formally consider Ms. Lillevand’s appointment on June 17, 2019.